Navicat for MySQL Client from PremiumSoft, is an integrated GUI tool let you perform MySQL administration and database development in an easier way. Advanced features allow you to create data models, import/export data, backup, transfer databases, create queries, and manage your local or remote MySQL server. It also includes a full-featured graphical manager for setting the users and access privileges and more. 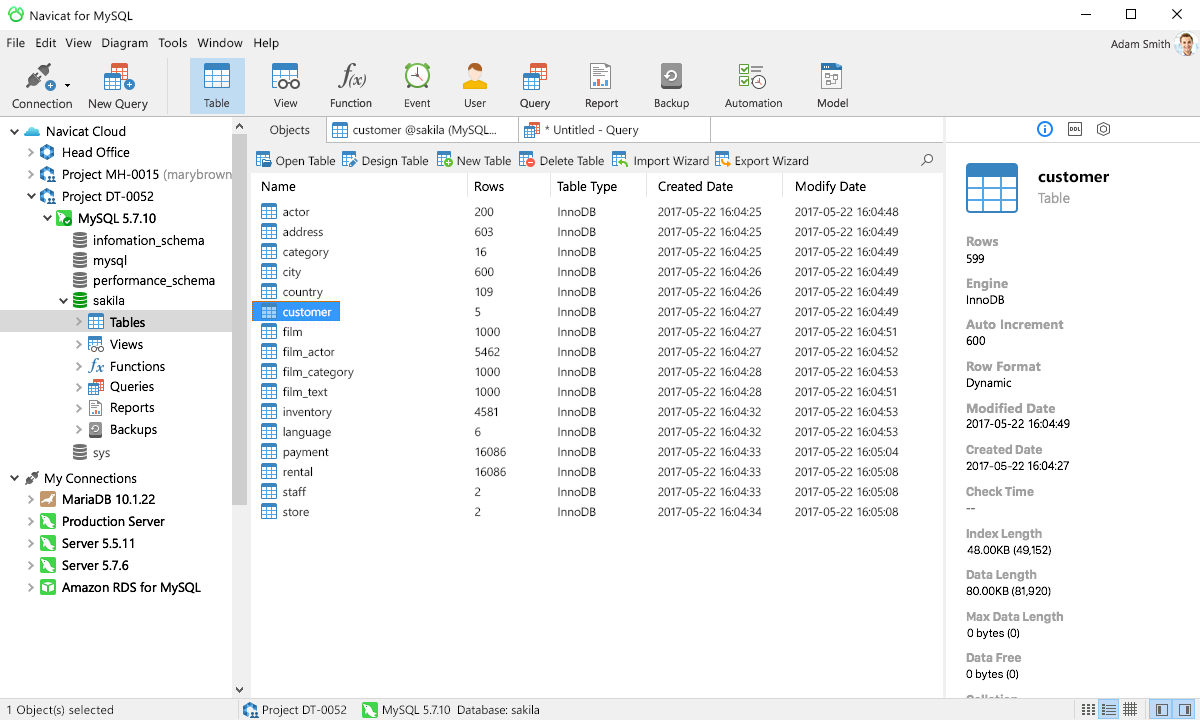