Navicat for PostgreSQL is a powerful yet easy-to-use PostgreSQL graphical interface that provides extensive functionality for managing and developing PostgreSQL database. Advanced features allow you to create database models, import/export data, backup, transfer databases, create queries, and manage your local or remote SQLite server. It also includes a full-featured graphical manager for setting the users and access privileges and more.

Navicat is sophisticated enough for professional developers, yet easy to learn for new users. It is also available for Windows. 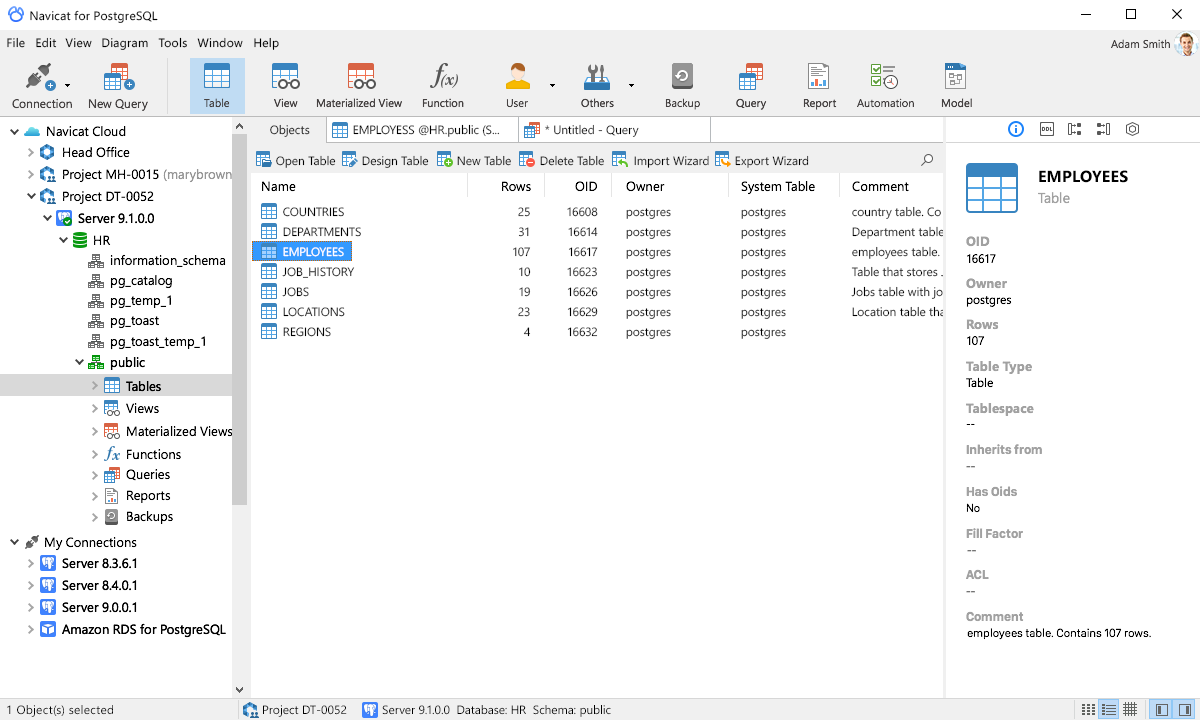