Instead of discrete units that attack your base, a fluid-like substance spreads over the terraformable terrain. Your base, your weapons, your strategy… you must adapt them all.

Creeper World 3 bends what it means to be a strategy title.

Instead of heavily scripted A.I., players find themselves engaging an enemy with theoretically predictable behavior yet which is shockingly interesting to engage. Players can build fortifications and stick around forever. Players can go for domination, quick strategic kills, or amass huge stockpiles of resources. Some play for speed, others to create art. Tiny maps, large maps, five minute missions, five day missions… the simulation scales to handle all of these scenarios.

User generated content is critical and supported at multiple levels in Creeper World 3.

Dial up worlds using the DMD (Dial Map Device) and tweak dozens of constraints. Then, play and share the addresses via an on-line database. Create your own maps using the built-in map editor and upload and share on-line. Or, join with thousands of other players and peruse the databases of worlds created by others. Want to create a new weapon, a unit, an enemy, or an effect? Use the built in scripting language to create what you dream. Hundreds of engine commands are exposed and examples abound on the forums and grow daily. You can even take the built in story maps and make your own. In fact, all of the built in story missions were written using the built-in editor and the CRPL scripting language.

Some of the high level features are: 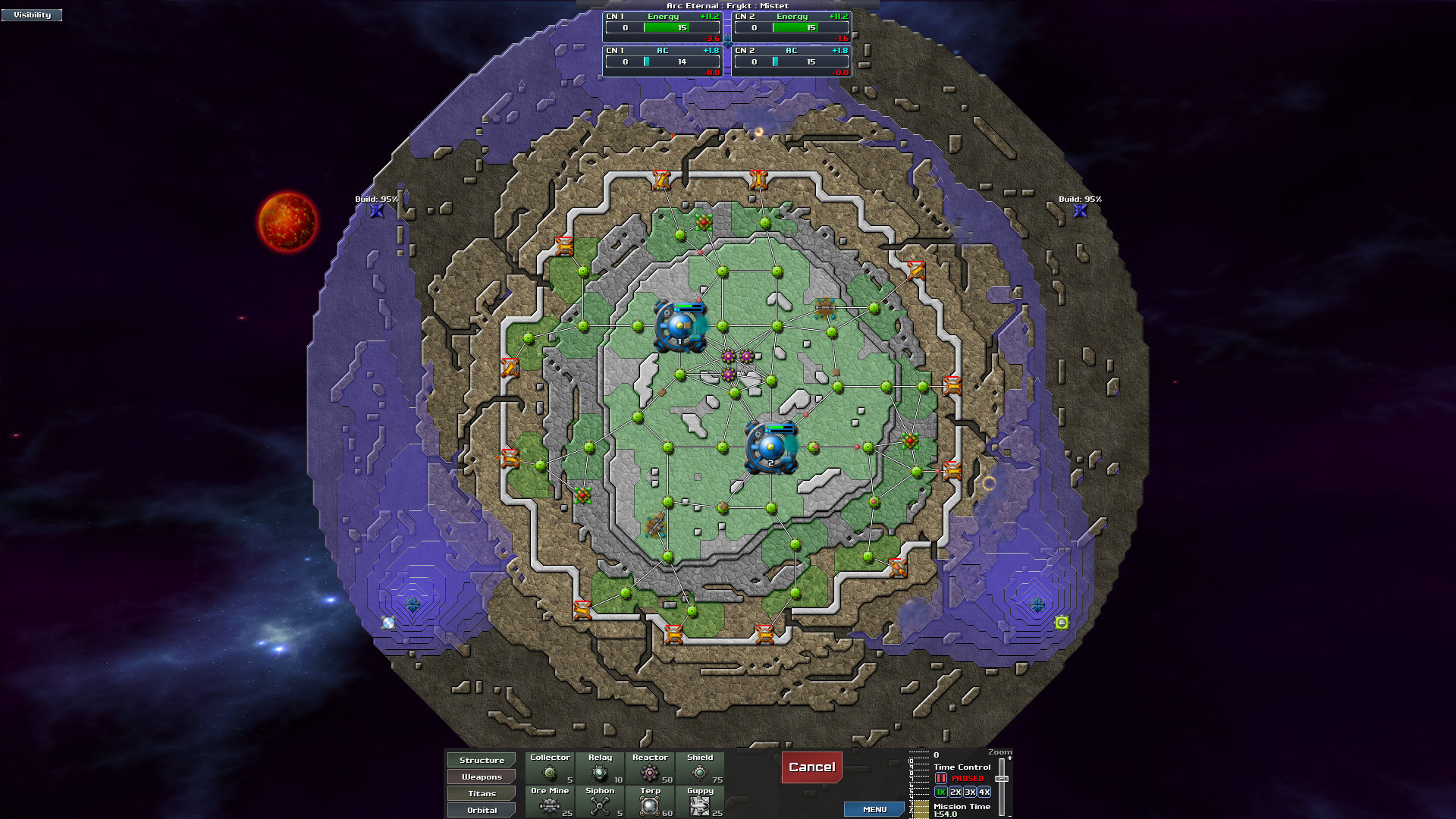