Moom allows you to move and zoom windows — using either the mouse or the keyboard — to predefined locations and sizes, or to full screen mode.

When used via the mouse, all you need to do is hover over a green resize button, and Moom’s interface appears. When used via the keyboard, press your defined shortcut, and the Moom keyboard bezel appears; you can then move windows using the arrow keys and modifier keys. 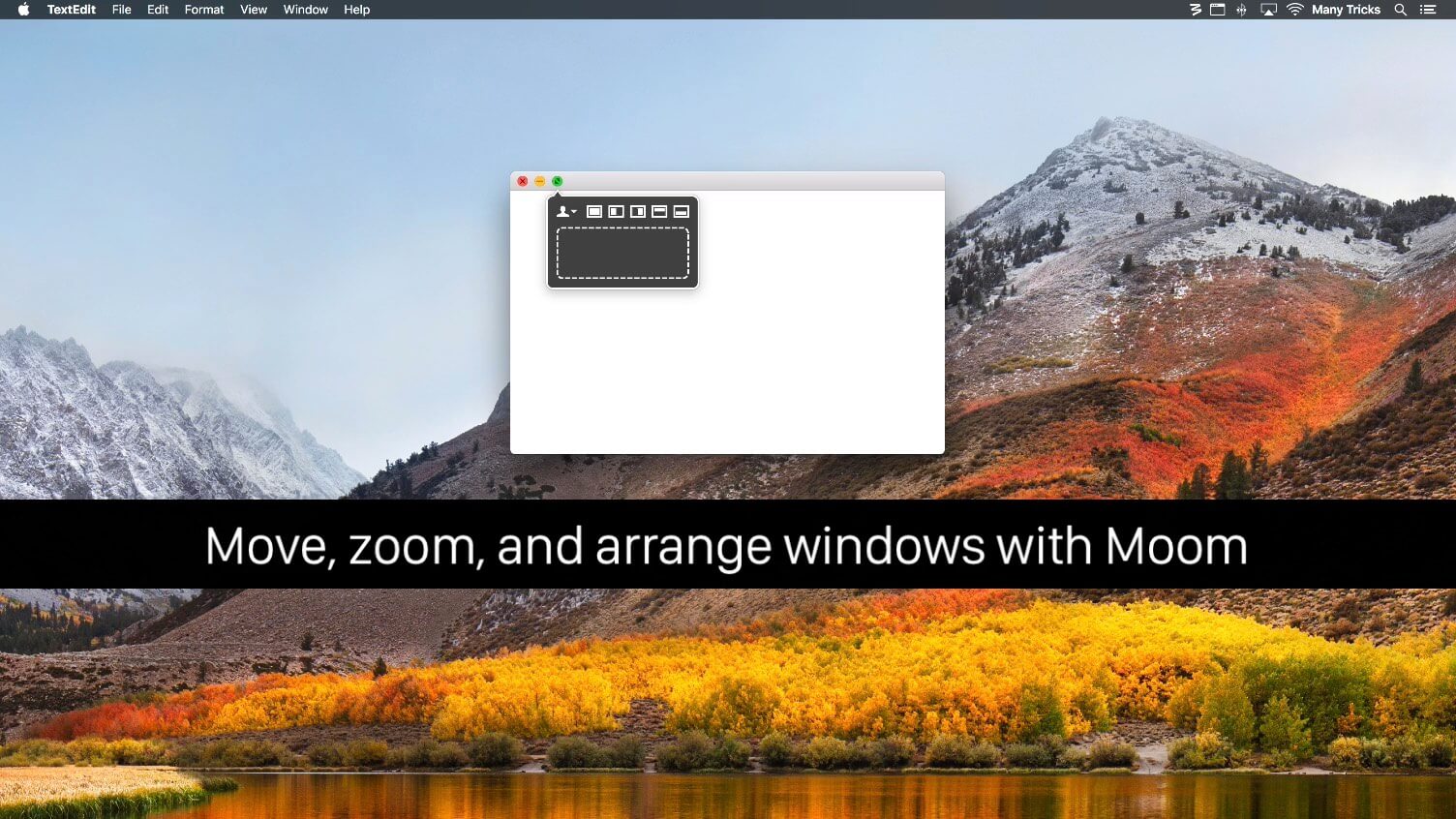