With #Gazer you can quickly and conveniently view your markup-formatted (e.g. Markdown) texts. In addition to many special features to customize the application to your needs, #Gazer also has a Live-Update-feature that automatically updates the view of your document when the file is saved.

Gazer natively supports the following markup-languages: Markdown, MarkdownExtra, MultiMarkdown, BBCode, HTML, Smark, Textile, Wikitext. #Gazer automatically detects which markup-language should be used by the file extension of the file to be displayed. Within the preferences of #Gazer you can add new file extensions and change the assignment to the respective languages.

Furthermore, the additional markup language CriticMarkup is supported, which can be provided with custom CSS styles via the preferences of #Gazer.

Gazer updates the view automatically every time the file is saved. This allows you to edit your text in your favorite editor while viewing your formatted document.

Gazer also supports the popular Textbundle and Textpack formats, which can also be formatted with all #Gazer supported markup-languages.

You can control the view of your documents in #Gazer using CSS files. #Gazer comes with four different styles, each with a light and dark version. In addition, you can use the default settings of #Gazer to add any number of custom CSS files that you can use for previewing.

Gazer provides extensive options for setting the Base URL, which allows you to display images from other directories or web pages in your documents. 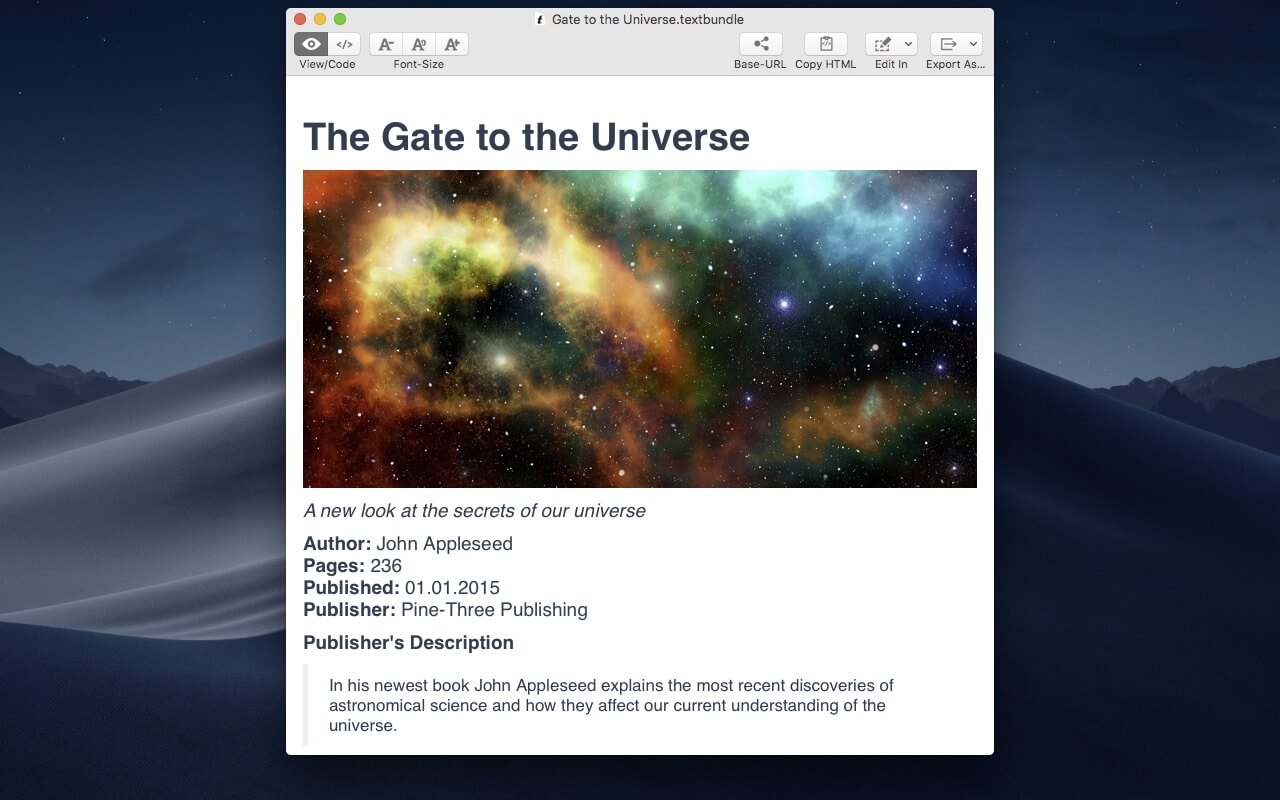