TextMate is a versatile plain text editor with a unique and innovative feature set which caused it to win an Apple Design Award for Best Mac OS X Developer Tool in August 2006.

A rapidly growing community have created modes for more than a hundred different “modes” including support for all major programming languages, writing prose in structured formats such as LaTeX, Markdown, Textile, etc., blogging, running SQL queries, writing screen plays, doing your budget, and much much more.

Some of the features include: 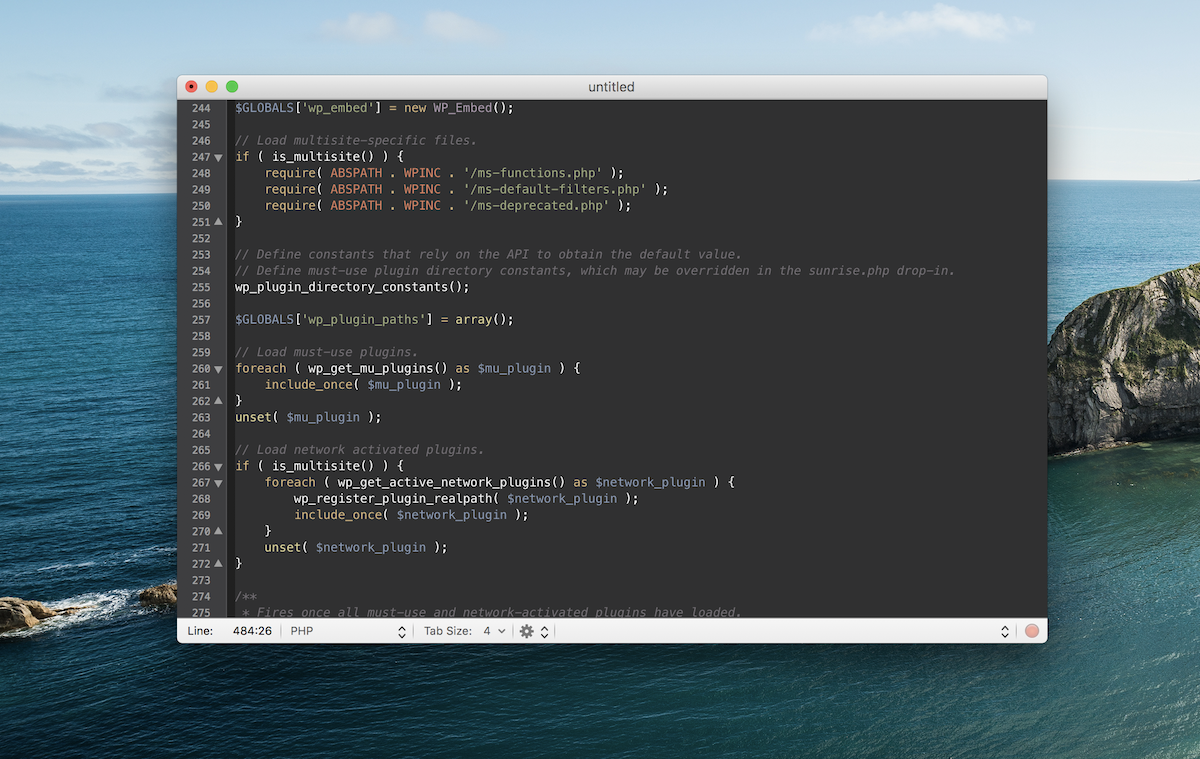