Mold your city as a casino resort, a manufacturing hub, a haven for thrill seekers, a consumer-driven mega-corporation, a green utopia, and more. This is the definitive version of the greatest city-simulator of all time.

Create the city you desire and make choices that will shape your city and the Sims in it. Focus on industry, or consumerism and your economy will soar – but at the expense of your Sims’ health as pollution spreads. Implement green technology and improve your Sims’ lives while risking higher taxes and unemployment. The choice is yours. 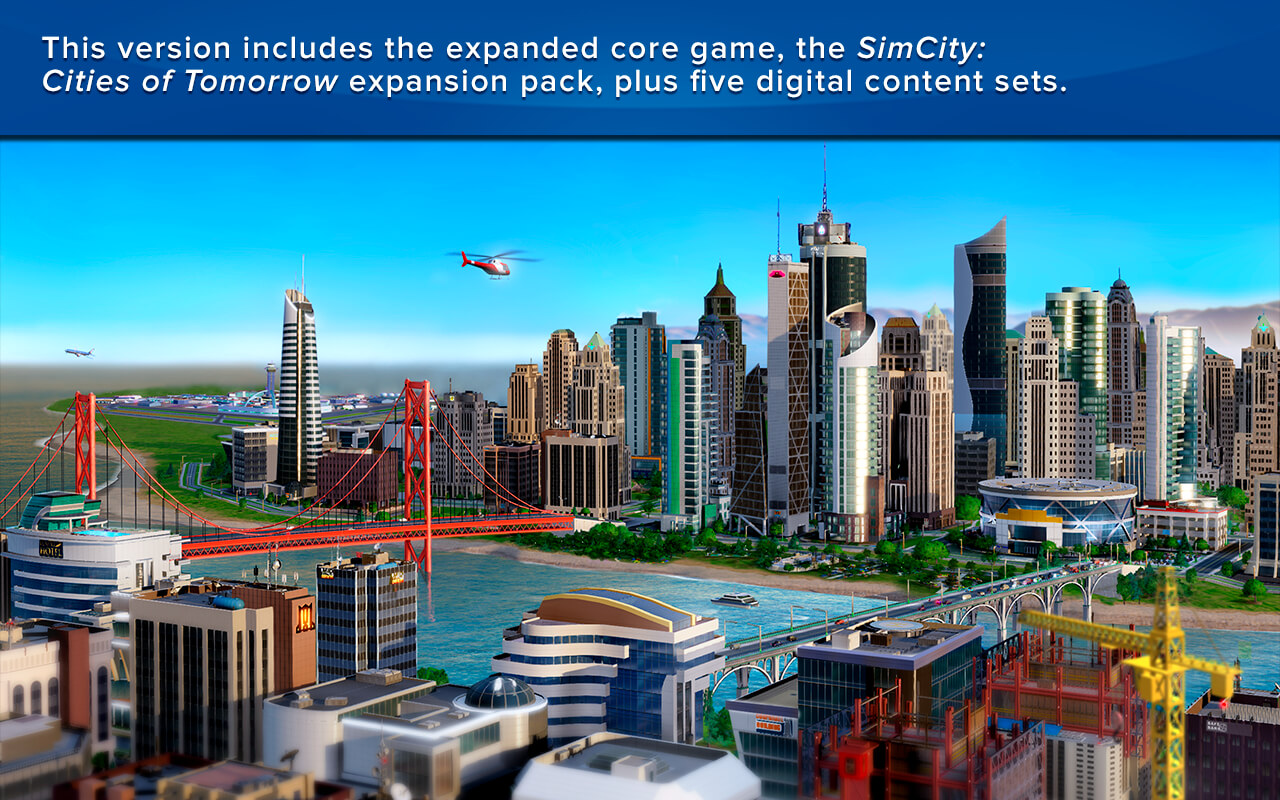