OmniFocus helps you manage your tasks the way that you want, freeing you to focus your attention on the things that matter to you most.

Capturing tasks and ideas is always a keyboard shortcut away in OmniFocus 2. Clip data from Mail, Safari, Messages, or third-party apps. Bring up Quick Entry to file away an idea before it drifts away; it’s always at your fingertips, waiting for more. 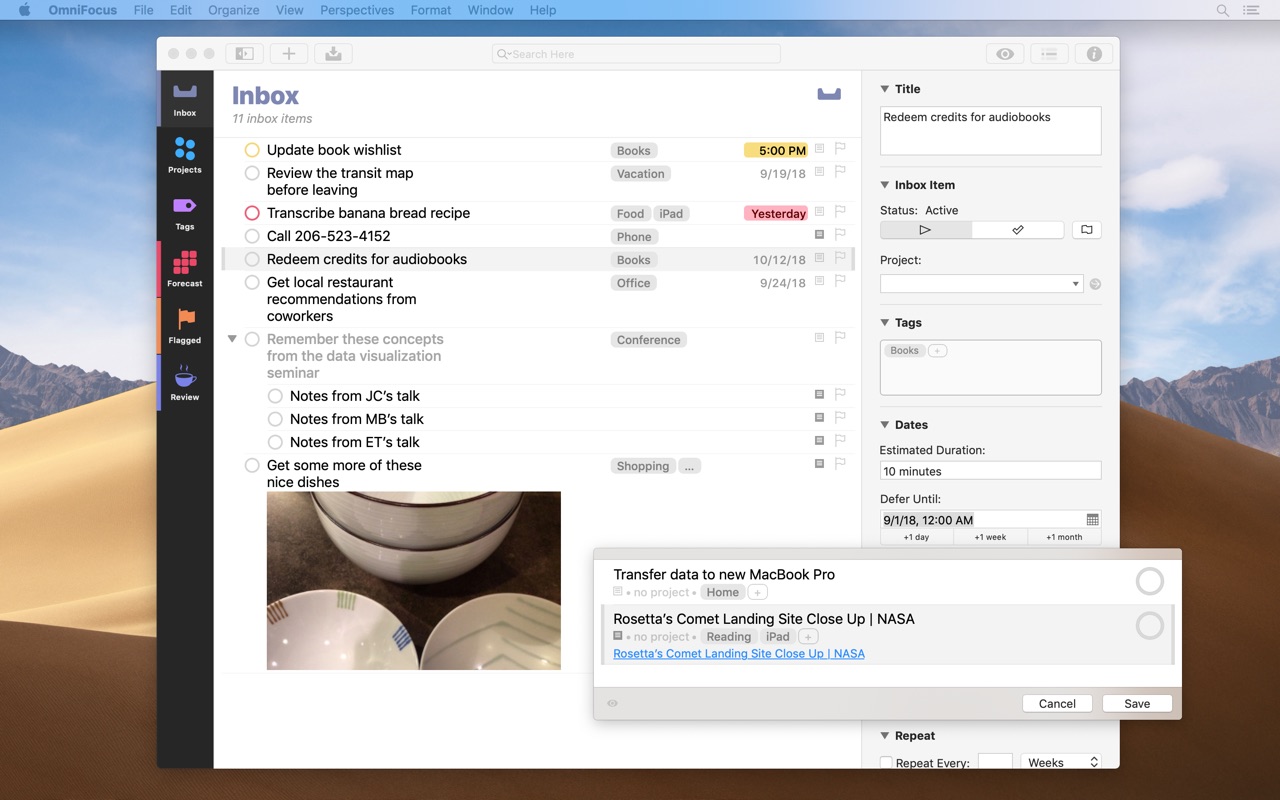