Nova is the new native code editor for Mac by Panic. Nova is packed with features, built for modern workflows, lightning-fast and stylish. It also has a robust extensions architecture and replaces Code for Mac.

It all starts with our first-class text-editor.
It’s new, hyper-fast, and flexible, with all the features you want: smart autocomplete, multiple cursors, a Minimap, editor overscroll, tag pairs and brackets, and way, way more.

It’s also very expandable, with a robust API and a built-in extension browser.

It’s beautiful. And clean. And fun.
You can make Nova look exactly the way you want, while still feeling Mac-like. Bright, dark, cyberpunk, it’s all you. Plus, themes are CSS-like and easy to write. Nova can even automatically change your theme when your Mac switches from light to dark mode.

Nova doesn’t just help you code. It helps your code run.
You can easily create build and run tasks for your projects. We didn’t have them in Coda, but boy do we have them now. They’re custom scripts that can be triggered at any time by toolbar buttons or keyboard shortcuts.

Imagine building content, and with the single click of a button watching as Nova fires up your local server, grabs the appropriate URL, and opens a browser for you, instantly. Just think of the time you’ll save.

Nova supports separate Build, Run, and Clean tasks. It can open a report when run. And the scripts can be written in a variety of languages. 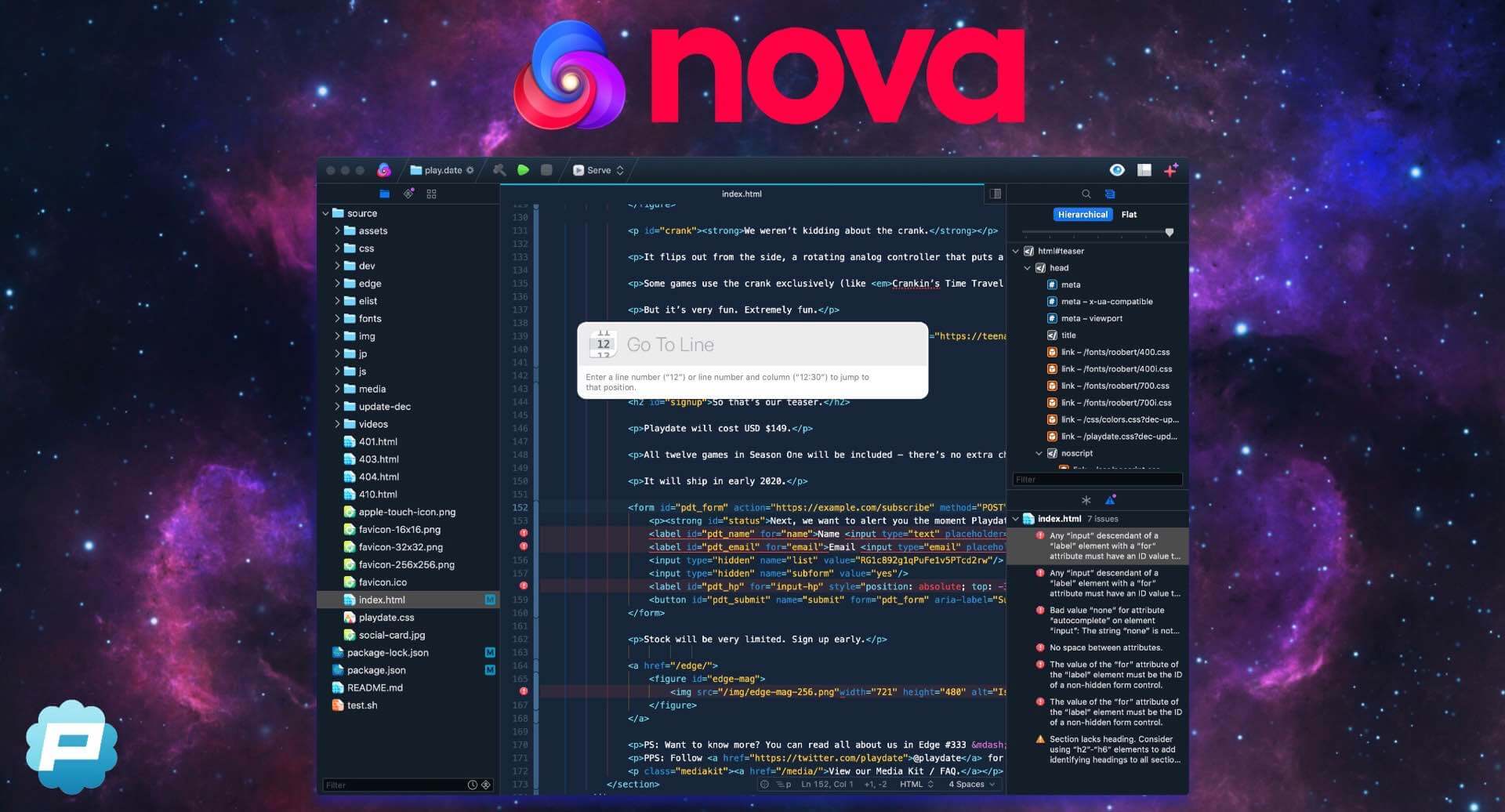