Lingon X 7 is based on the great Lingon 3 and extends it with new features like running jobs as root and at multiple dates. It is now even easier to use yet much more powerful. Version X 7 is a paid upgrade (a license bought today works with Lingon X 6 as well). 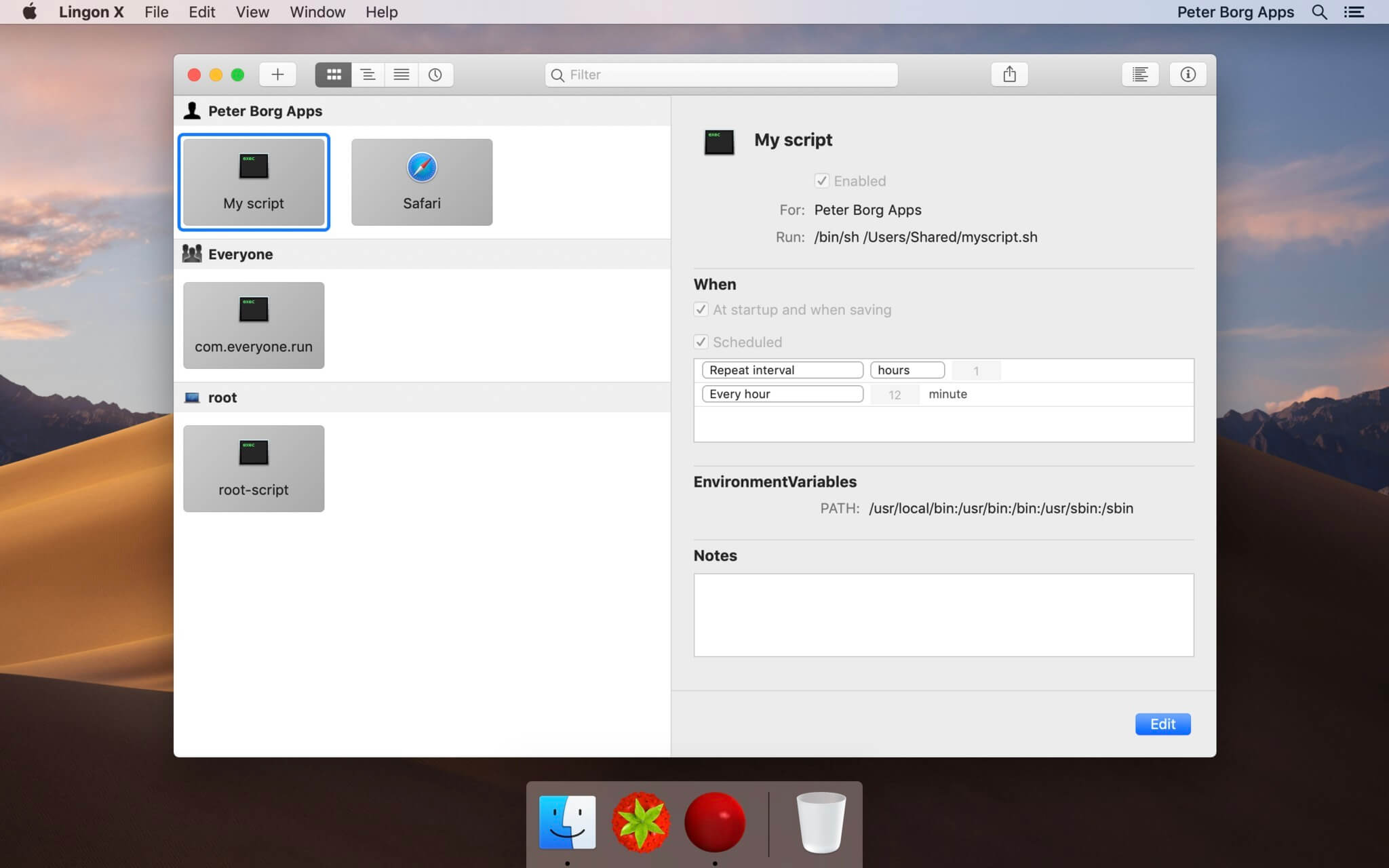