Banktivity (was iBank) is a new standard for Mac money management. With its intuitive user interface and a full set of money-management features, Banktivity is the most complete software available for Mac personal finance. It lets you enter and edit your transactions with ease, pay bills online and on time, download your online account data, reconcile your statements, and track your investments with versatile and robust tools. 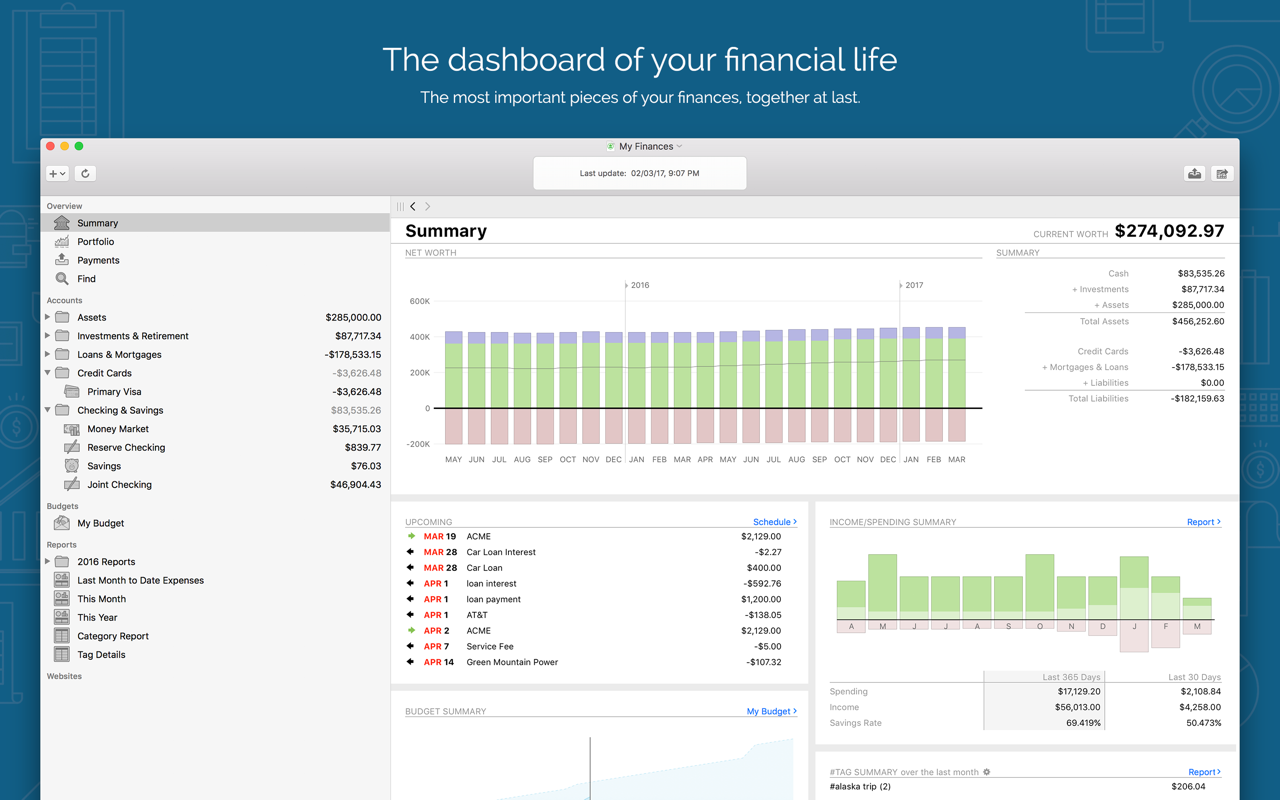