Araxis Merge is the two- and three-way visual file comparison/merging and folder synchronization application. Use it to compare, understand and combine different versions of source code, Web pages and other text files, or even text copied and pasted from another application (e.g., Pages or Microsoft Word). Merge integrates with Time Machine, so you can compare older versions of files.

Merge is a compelling choice for software developers, lawyers, product release managers, Web designers and other professionals who work with multiple revisions of text files, including ASCII, MBCS and Unicode files. Merge integrates with many version control (VC) and software configuration management (SCM) systems (e.g. Subversion and Perforce) that allow a third-party comparison/merging tool to be specified.

For legal professionals: instantly identify every change by copying text from different contract drafts being edited in another application (such as Microsoft Word) and pasting it directly into a file comparison window. Many more features. 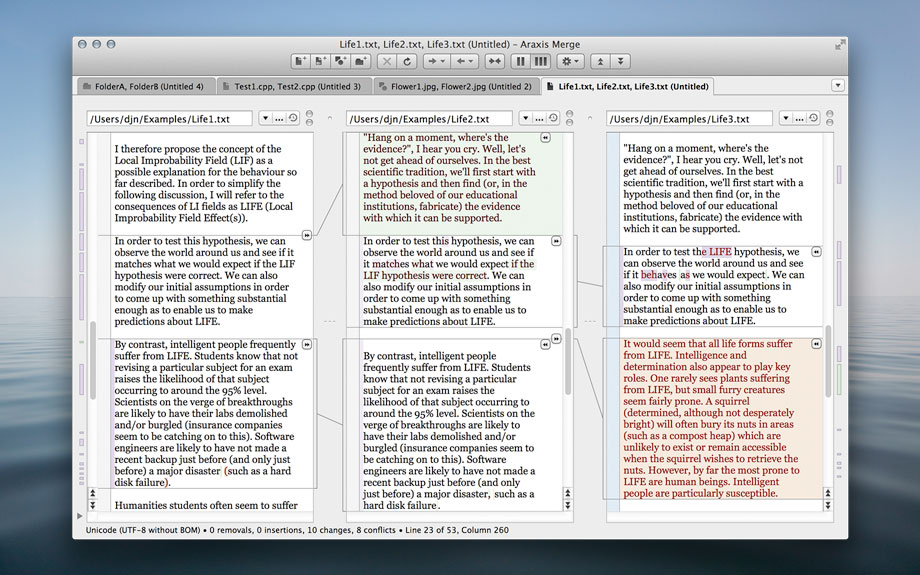