AMS Ringtone Maker is the fastest, easiest and most powerful utility for Mac to make ringtone. Enjoy them on iPhone, iPad, Apple TV and Android devices. Create your own ringtone from your favorite music without buying.

Ringtone from Video and Music

Convert music files such as mp3 to ringtone format, or extract music from videos.

Snip your favorite music’s chorus or a certain segment of an audio file and set it as your ringtone. Now you can set the time to millisecond and create ringtones more precisely.

It allows you to add fade-in and fade-out effects to your iPhone ringtone for personalization.

With the built-in music player, you can listen to the loaded or trimmed file before conversion to see whether it’s the one you want to hear when someone calls you. 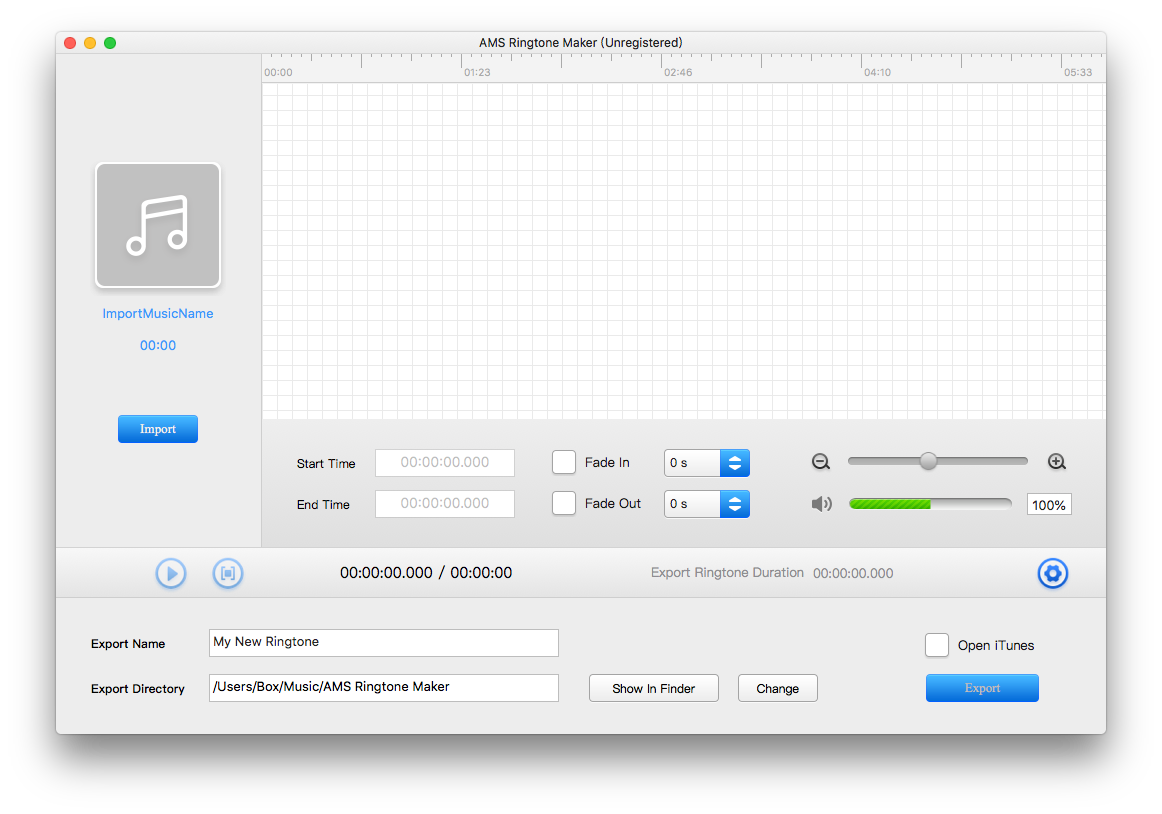