Vidmore Screen Recorder can capture any screen any time you want. No matter you want to record computer screen, exciting gameplay, webcam videos, online lectures, favorite music, or just save a screenshot.

Easily capture your desktop screen activity of any area.

Record and save high-quality video content from your webcam.

Record any audio on your computer, and your voice from microphone.

Take a screenshot of the whole screen or of a single window. 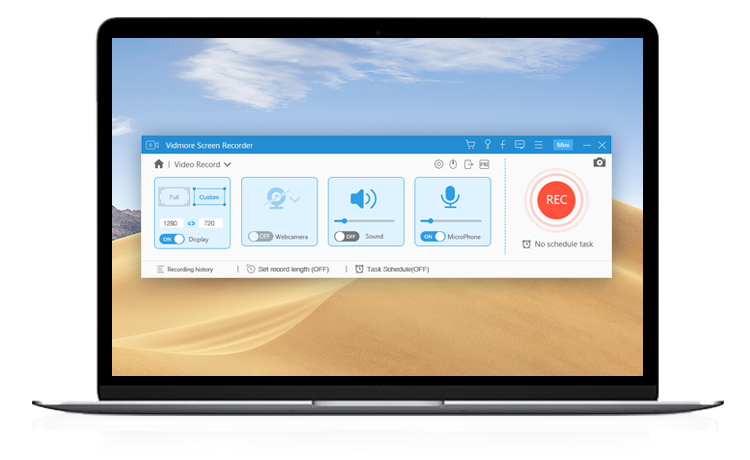