Temperature Gauge Pro will also show a notification through the Notification Center or Growl when a temperature is hit or Auto Boost is enabled. Also, log all information to a CSV for graphing in an external app.

Supports all Macs, including the new Mac Pro 2013 model as well as all MacBook Pros (including Retina), iMacs, Mac Minis, MacBook Airs and older Mac Pros. 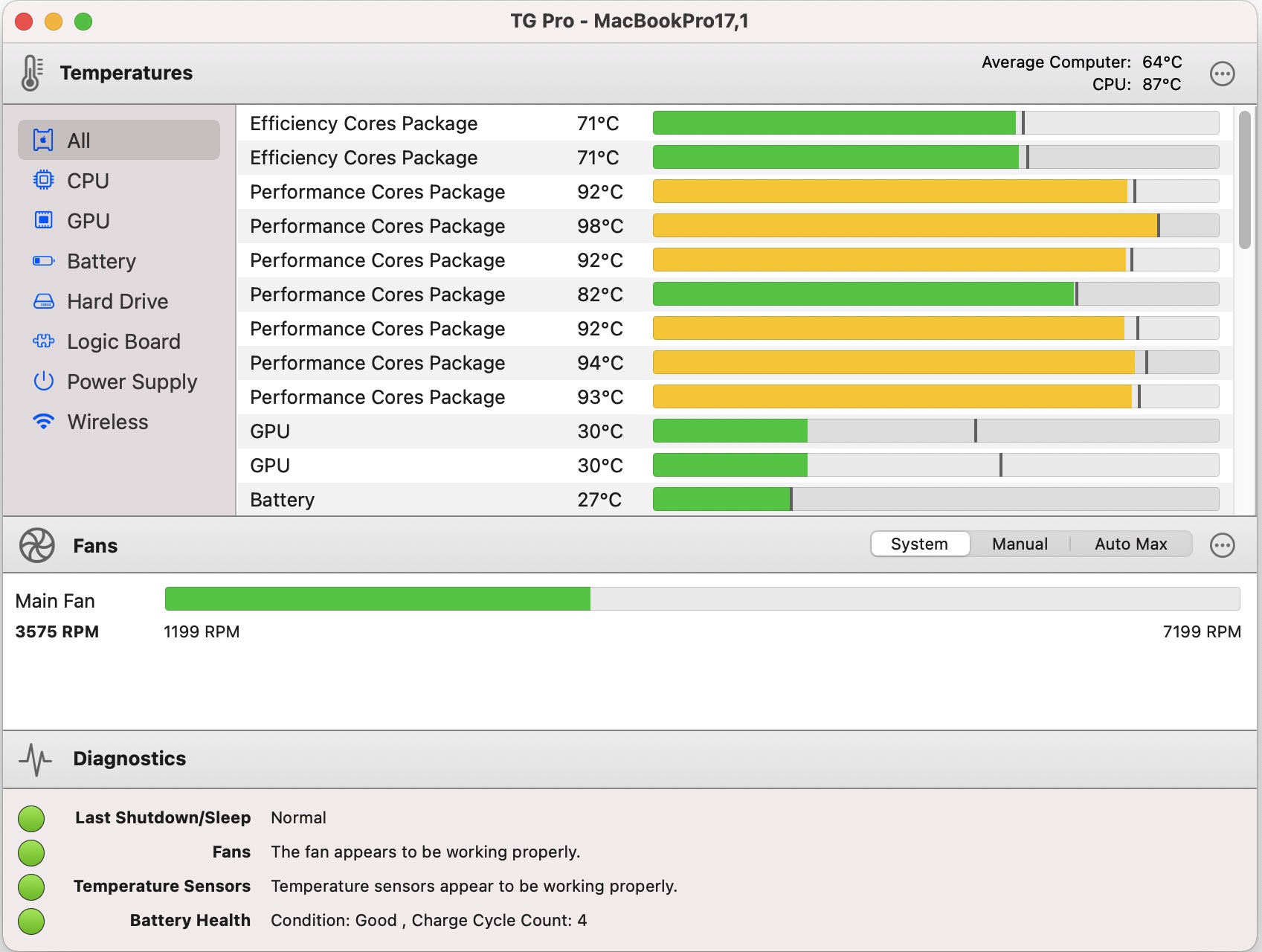