Synkmark is your bridge for keeping bookmarks in sync among Safari, Google Chrome, and Firefox. Synkmark can also keep your bookmarks alphabetized as you prefer, verified and free of duplicates. Synkmark is compatible with iCloud, Sign in to Google, and Firefox Sync, so that you can have organized bookmarks on all of your devices. Download Synkmark to start your free trial. Synkmark is a member of the BookMacster family of apps, based on the same proven technology, but with a simplified user interface focused on syncing Safari, Google Chrome, and Firefox. For other apps and pricing options, see the Bookmarks Manager Selection Guide on our site. One Synkmark license covers all the Macs used by one person. 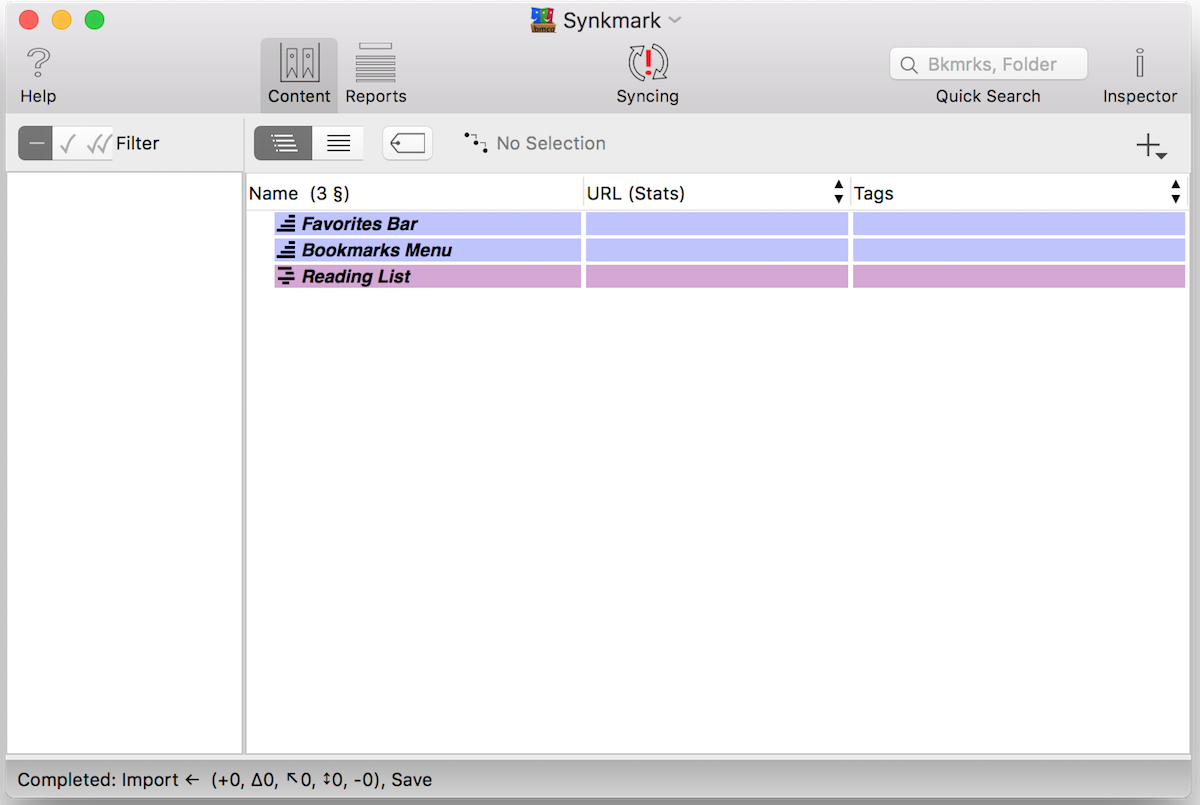