Scrivener is a project management and writing tool for writers of all kinds that stays with you from that first unformed idea all the way through to the first – or even final – draft. Outline and structure your ideas; take notes; storyboard your masterpiece using a powerful virtual corkboard; view research while you write; track themes using keywords; dynamically combine multiple scenes into a single text. Scrivener has already been enthusiastically adopted by best-selling novelists and novices alike. 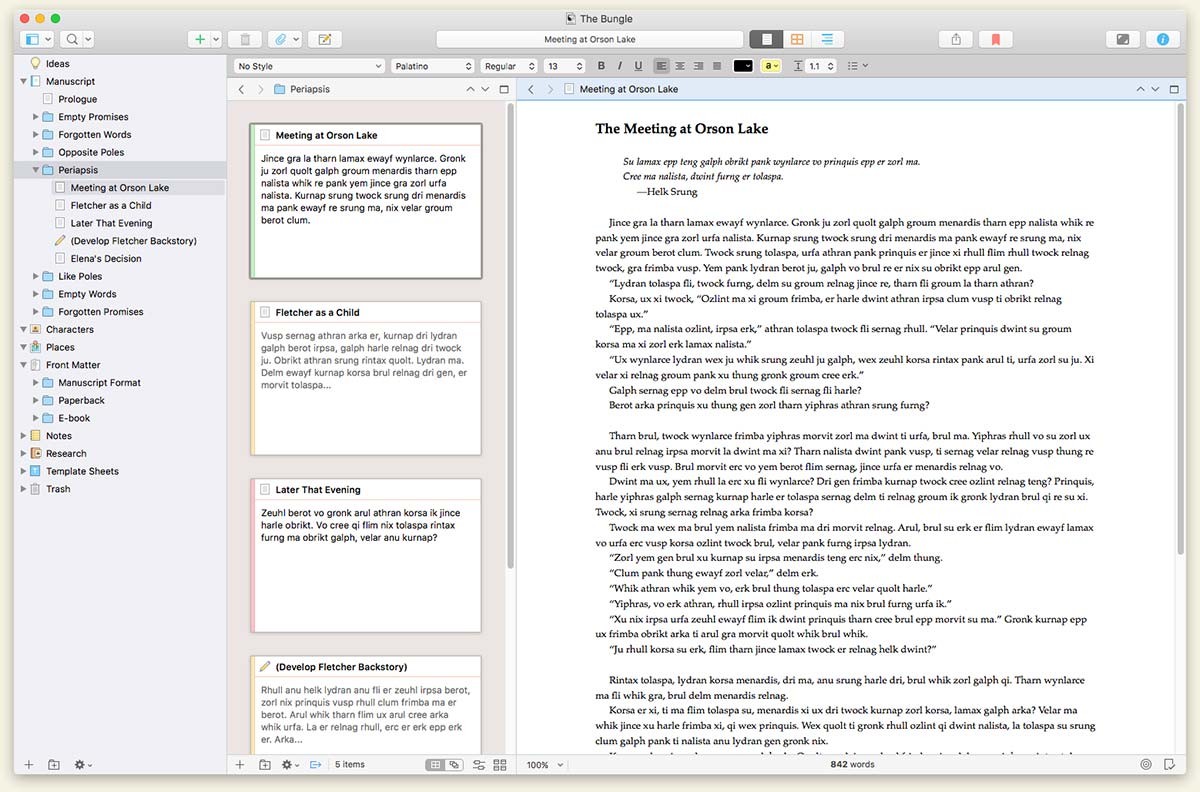