Malwarebytes (was AdwareMedic) helps you get your Mac experience back. Malwarebytes scans for and removes code that degrades system performance or attacks your system. Making your Mac once again your Mac.

How It Does It 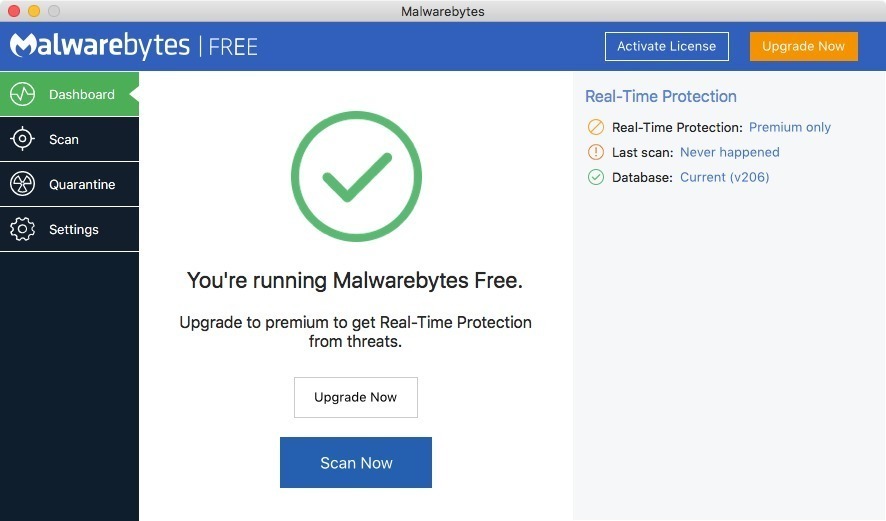