Little Snitch gives you control over your private outgoing data.

Track background activity
As soon as your computer connects to the Internet, applications often have permission to send any information wherever they need to. Little Snitch takes note of this activity and allows you to decide for yourself what happens with this data.

Control your network
Choose to allow or deny connections, or define a rule how to handle similar, future connection attempts. Little Snitch runs inconspicuously in the background and it can even detect network-related activity of viruses, trojans, and other malware.

Version 4.5: This release brings new features and improvements requested by users, after a few months of focussing on compatibility with macOS Catalina. In particular:

Since our Internet Access Policy initiative (IAP) gains popularity and support by more and more third party developers, the IAP has been made the main focus of the Research Assistant. It provides you with first hand information directly from the app developer. The information from our Research Assistant online database now comes bundled with Little Snitch to supplement processes which don’t have an IAP of their own. It’s therefore no longer necessary for Little Snitch to connect to the online database to retrieve this information. Along with connection details and possible warnings regarding code identity checks all this information is now presented in a redesigned interface, in a clear and consistent manner.

Other improvements in the Connection Alert 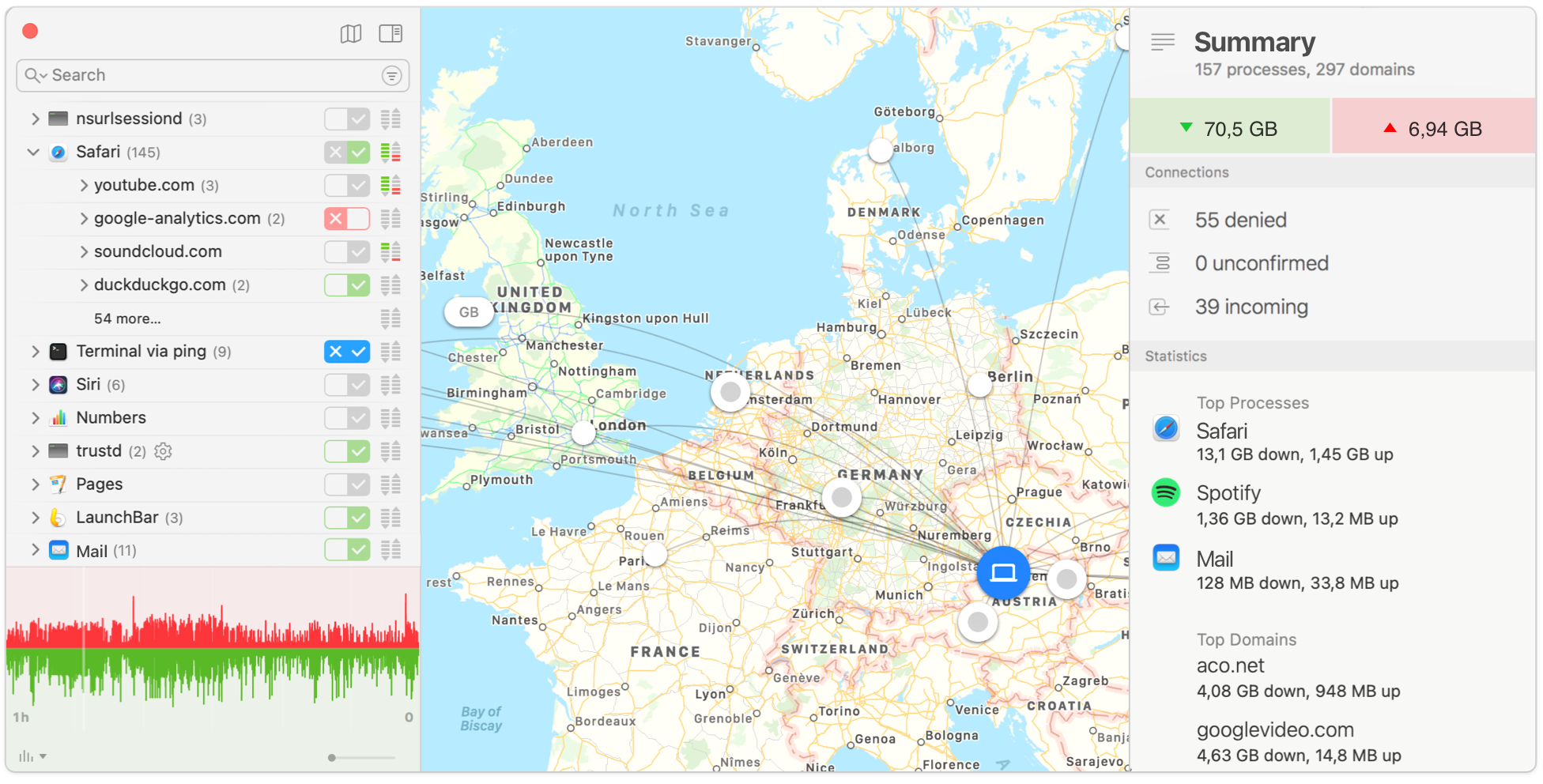