iconStiX is an easy-to-use, fundamental icon tool that allows users to combine and attach images to desktop items.

iconStiX is a simple program to combine images and attach composition as custom icon to desktop items such as folder. It is cooperated with the Finder’s services, so that you can select “Open iconStiX” in the Finder’s contextual menu to start the program.

It supports basic functions such as 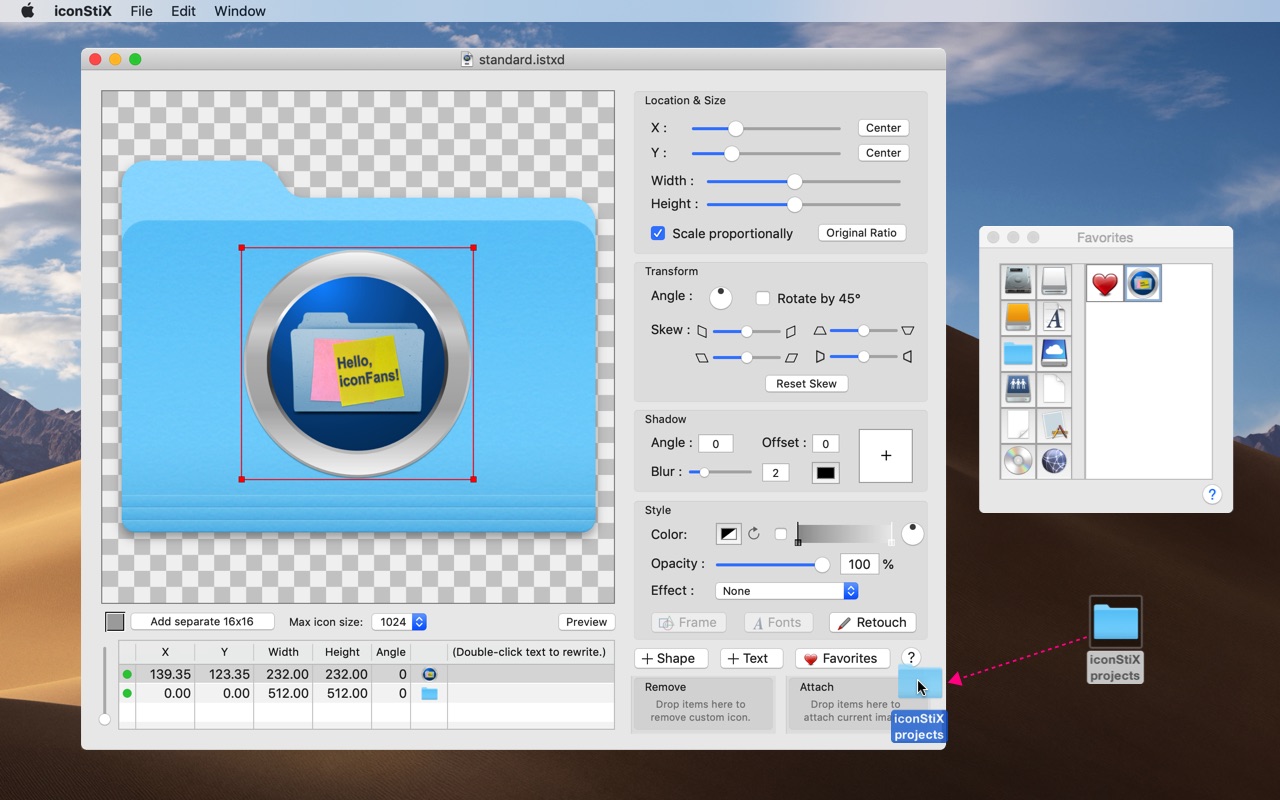