Put on your shades and step into the boots of Duke Nukem. The alien hordes are invading and only Duke can save the world. Pig cops, alien shrink rays and enormous alien bosses can’t stop this epic hero from accomplishing his goal: to save the world, save the babes and to be a bad-ass while doing it.

The King arrives with an arsenal of over-the-top weapons, non-stop action, and unprecedented levels of interactivity. With hours and hours of action, and a range of bodacious multiplayer modes, rest assured knowing the fun goes on and on.

Did the Alien bastards not learn their lesson the first time? Duke has been on hiatus for some time now, kicking back and franchising himself on the fame he gained from saving Earth from the first invasion. The Aliens have returned to Earth yet again, messing up Duke’s sweet routine of dirty leisure habits.

The Alien invaders are stealing Earth’s women, especially the hot ones! And they drank Duke’s beer. This. Won’t. Stand. As Duke battles his way through waves of aliens, the once beautiful gambling haven and Duke Nukem franchise chains are crumbling before his eyes. Time to bring the pain! 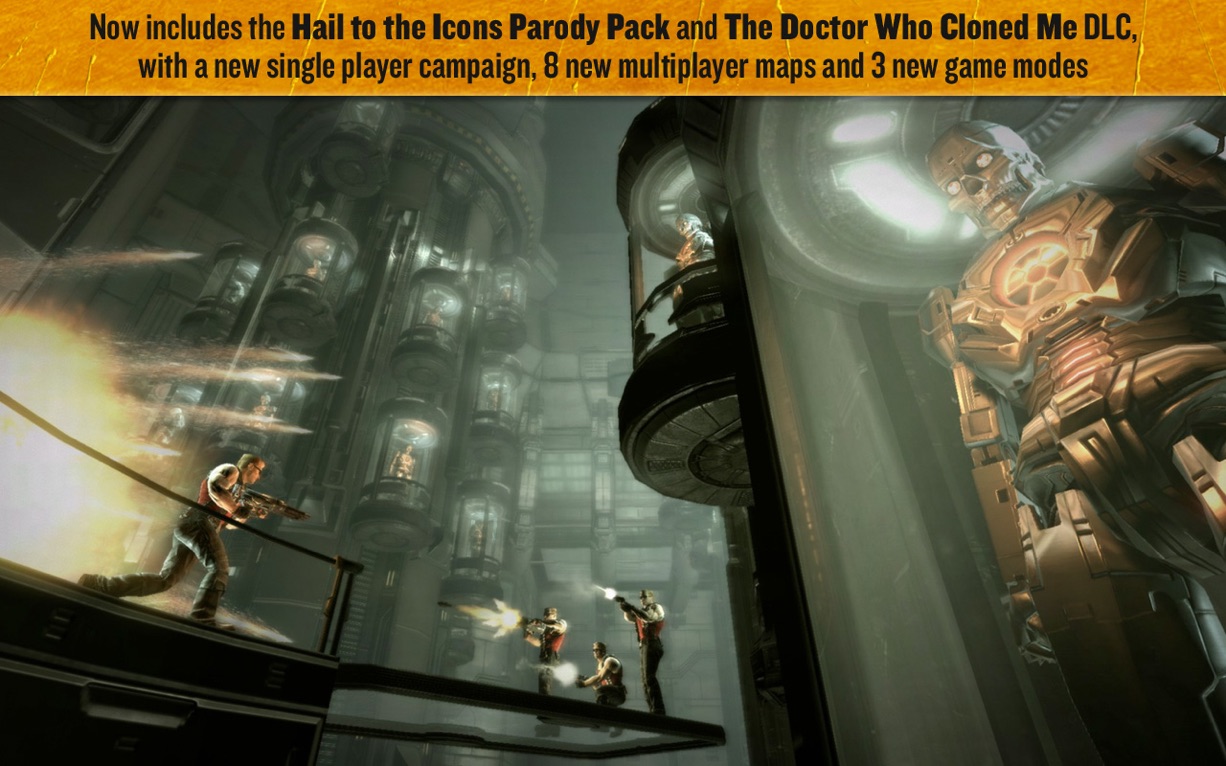