Deadly Days is a unique strategic rogue-lite in the zombie apocalypse. Manage and protect a group of survivors and help them to stop the catastrophe. Discover and use a large number of wild and crazy objects, even wilder and crazier survivors, special abilities, and deadly weapons.

Use what you find

For every attempt to save the world, you need to find the best combination of objects, special abilities, and weapons. You must use what you get. Endless airstrikes or an army of rats? There are many paths to Rome, but you decide.

The cities are created procedurally, allowing for endless combinations. Plunder the cities as quickly as possible, otherwise an exploding zombie might blast you to pieces, or a zombie on steroids might stomp you to dust. Be careful! Very dangerous hordes of zombies await in the night.

Shortly before the aplocalypse begins, the fast-food chain MKing brings out a new burger. The meat includes a secret, addictive ingredient to increase profits. The plan works. Over time, however, the drug, leads to the shutting down of all areas of the brain except for the need for fresh meat. Lots of meat! If that’s not bad enough, the disease also prevents consumers from dying a natural death – violent means are the only option 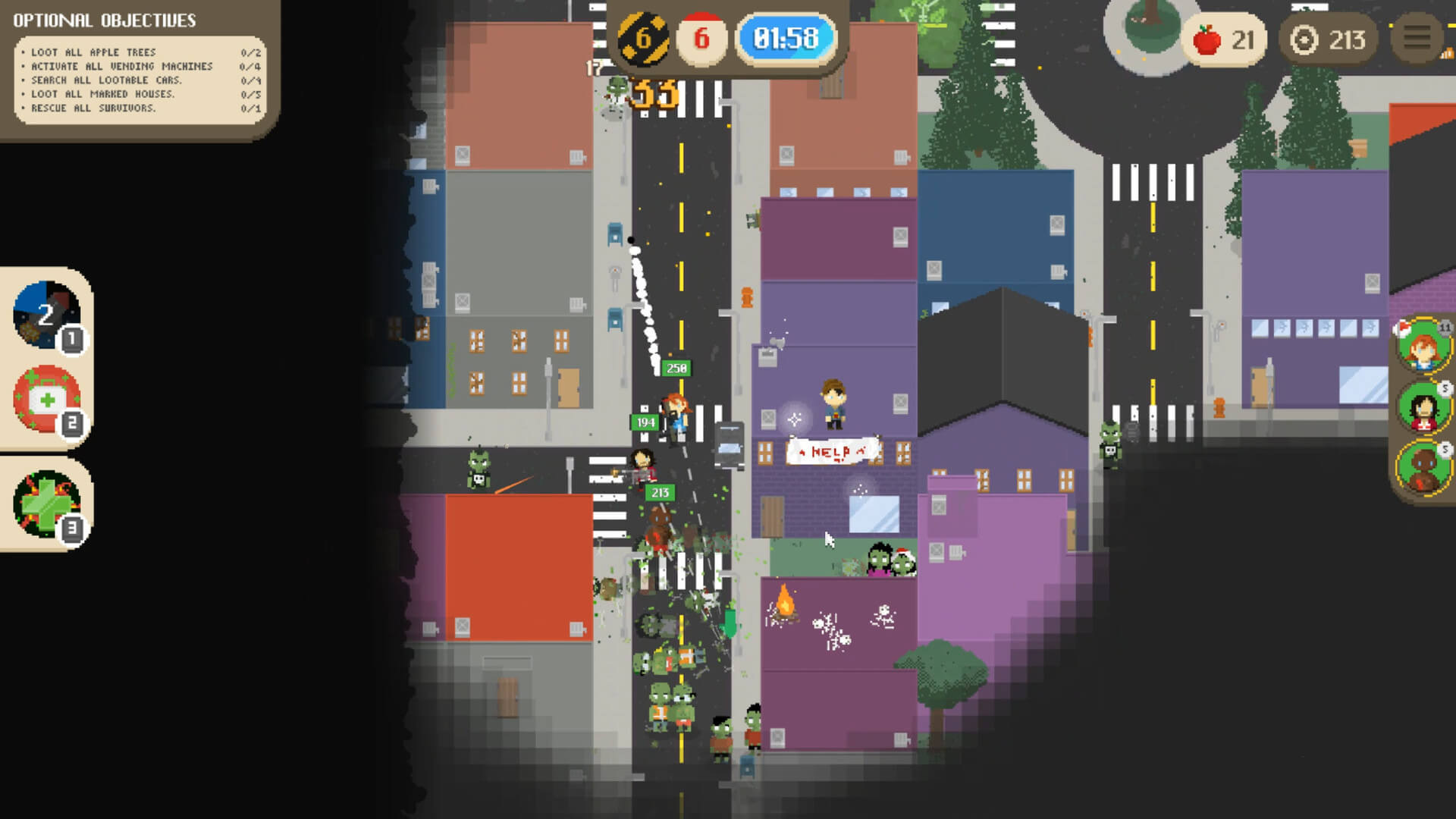