Airflow offers you the possibility to stream video content to Apple TV and ChromeCast devices connected to your WiFi network without having to deal with complex configurations.

The utility scans the network for available devices and allows you to stream any file that has been previously added to the app’s playlist.

No-nonsense user interface that gets you started in no time

The top toolbar included in the Airflow main window includes control buttons for the streaming, while in the bottom area you get to monitor and analyze the app’s behavior, and the playback stream.

The center stage is reserved for the video playlist: just drag and drop the files on top of the Airflow main window to be able to stream them.

Airflow also offers you the possibility to rearrange the videos with a simple drag and drop and allows you to see the video thumbnail and associated metadata for the currently selected video.

Once everything is in place, just select the video you want to stream and press the “Play” button situated in the top area of the Airflow main window. You can also pause or stop the playback, skip to the next track, or monitor the playback progress.

If you set your mouse on top of the Airflow playback progress bar, the app enables you to preview the video frames. In addition, Airflow can start the playback where you left off if you jumped to a different video, or in between sessions.

User-friendly solution for streaming media content over the WiFi

Configuring the Airflow application is reduced to making sure your Mac and the Apple TV or ChromeCast devices are connected to the same wireless network. Airflow will automatically scan for available devices and establish the connection once you decide which one you want to use.

On the other hand, managing the video content you want to stream is equally straightforward: you get to import and rearrange the files with drag and drop actions, and Airflow will also provide support for using subtitles. 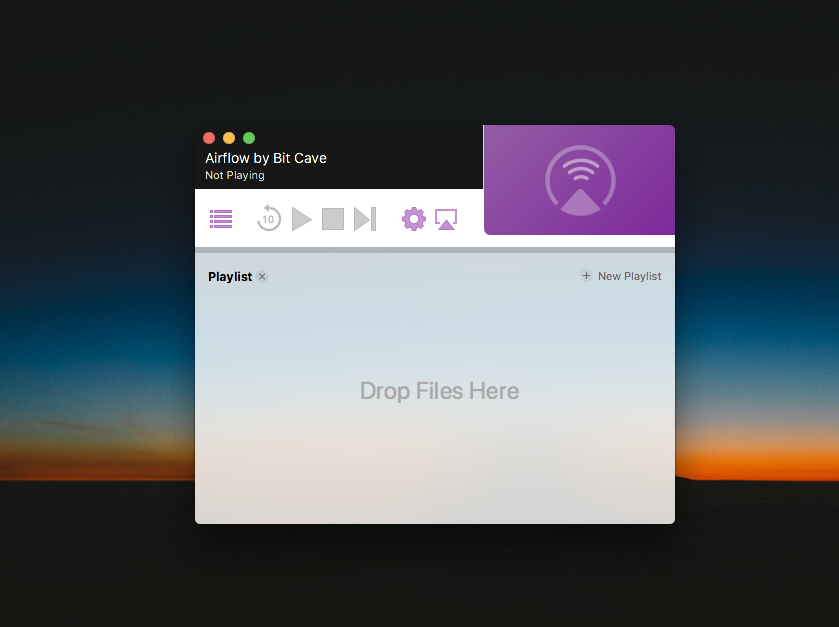