ZOC Terminal is a Telnet/SSH/SSH2 client and terminal emulator. Featuring tabbed sessions, typed command history, scrollback, and multi-window support, ZOC Terminal’s implemented emulations have made it the preferred tool for anyone who needs to access Unix shell accounts from a Windows or OS X platform. 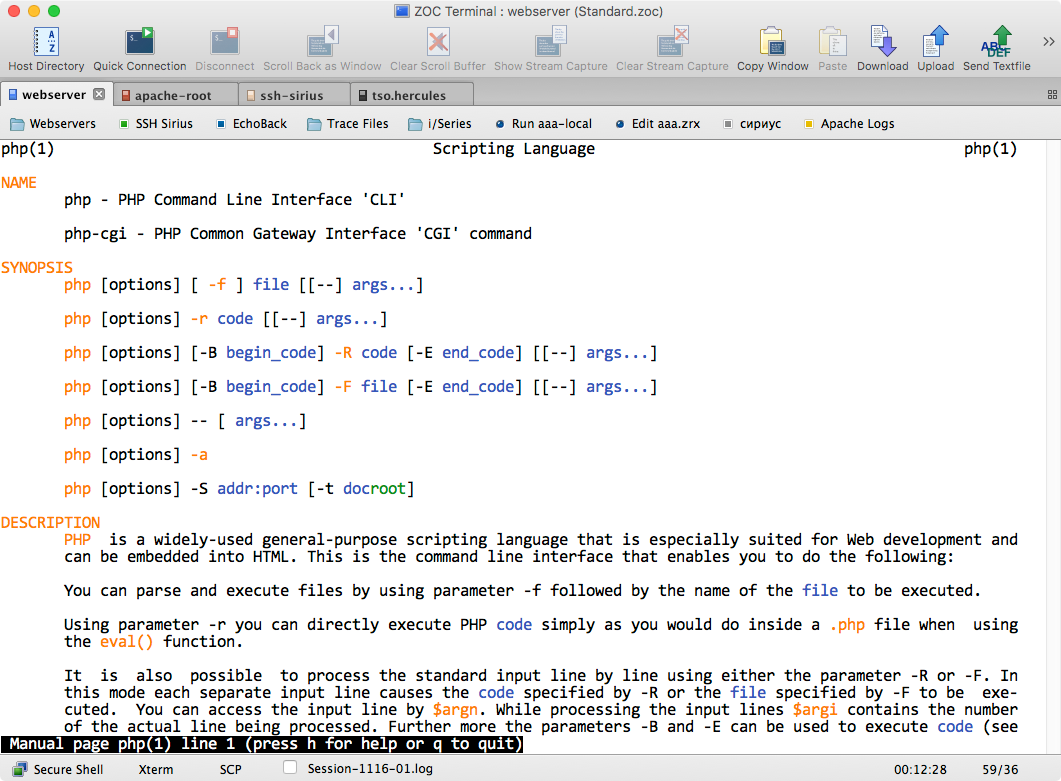