Yate was developed for people who are serious about tagging and organizing their audio files. The application was designed from the ground up for Mac users. It is a 100% Cocoa-written application and uses its own tagging library. Yate will tag mp3, m4a, aiff, flac, wav and dsf files.

Yate has a long list of features; most importantly, an innovative scripting system called actions. Actions can be used to update all of an album’s tags with a single operation. Yate also supports integration with Discogs, MusicBrainz, AcoustID and iTunes. All changes can be easily reverted and individual changes can be undone in any order. Whether you want to automatically or manually tag your files, Yate can do it all! 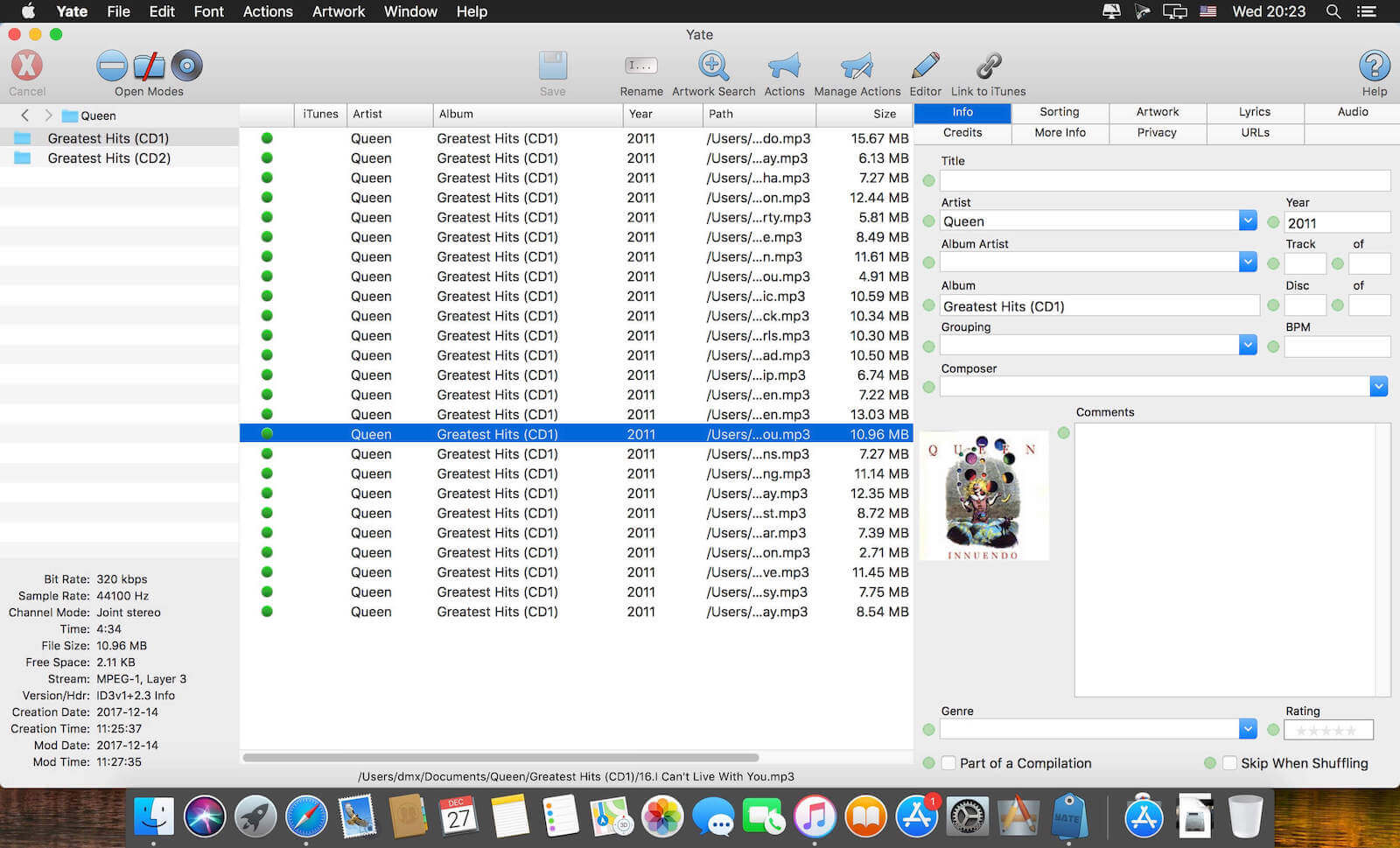