Wirecast lets you capture an unlimited number of input devices from live camera feeds, iOS cameras (coming soon), computer desktop, Web feeds, and more. Then add polish and professionalism to your broadcast with live switching, transitions, titles, lower thirds, and more. And finally, use the built in multiformat encoding capabilities and easily stream to integrated streaming services and CDNs. 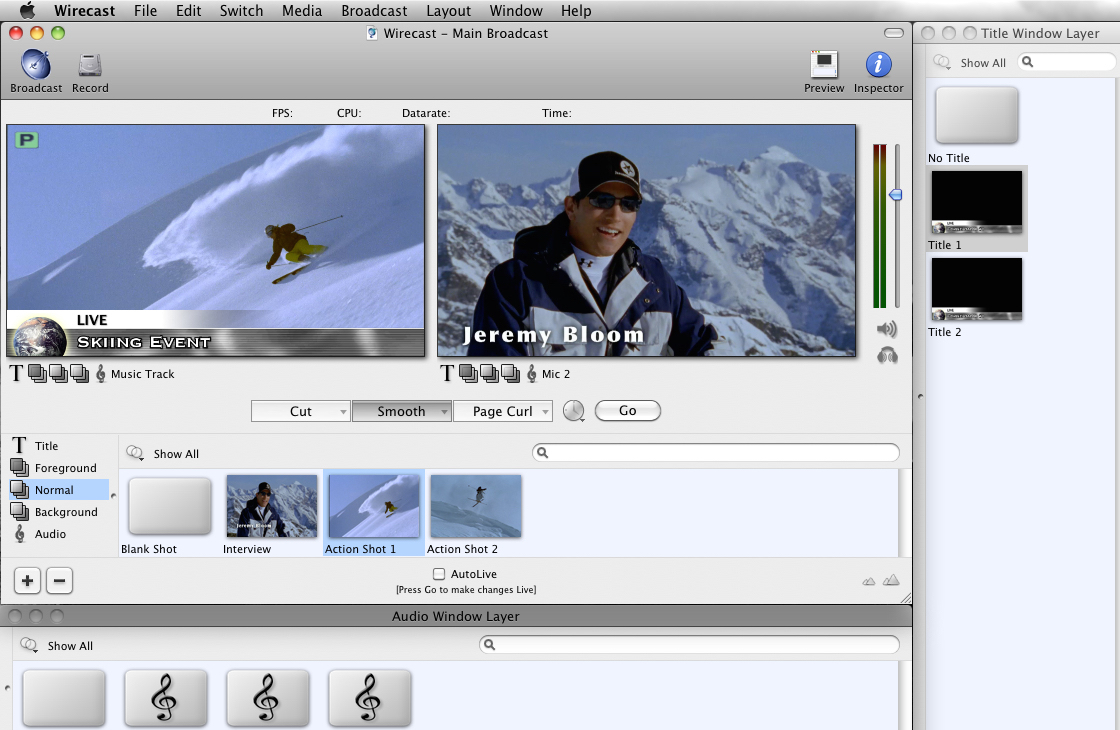