When Mac several applications are running, with many windows open, it is difficult to manage the chaos and to work productively. Manually switching between windows and placing them on the screen wastes a lot of time.

WindowSwitcher transforms the chaos of a messy desktop into neatly arranged windows, where one can easily see all the information in an organised display.

WindowSwitcher functions and features include: 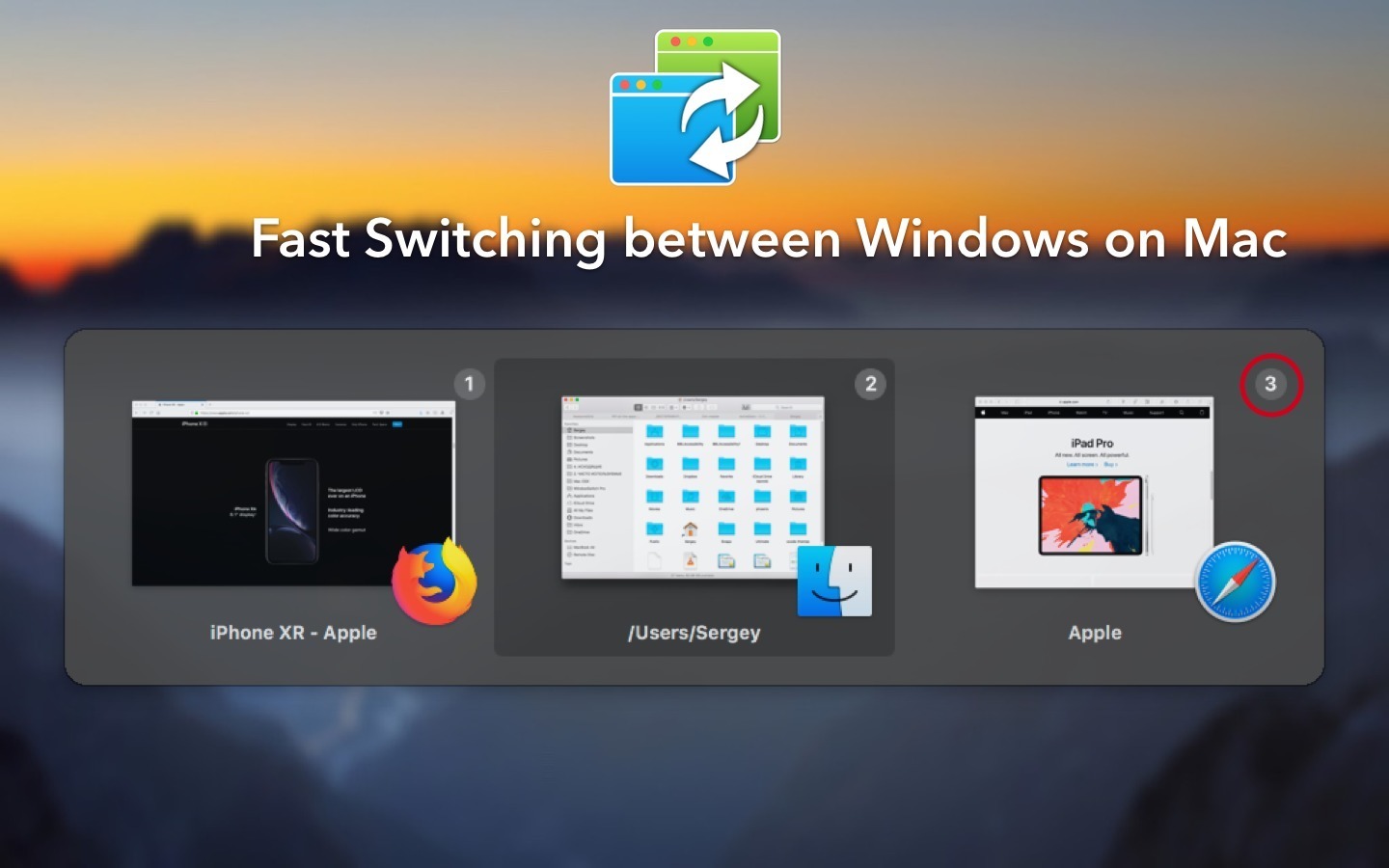