Winclone allows you to clone your Boot Camp partition and now includes Windows 7, 8, and 8.1 cloning!

New Machine Setup a breeze – If you are in charge of setting up a bunch of machines with both Mac OS X and Boot Camp, Winclone will make your job a breeze. Simply create an image as your would for a backup, and Winclone will create the Windows partition and restore the OS and data onto the new partition.

Quick Lab Deployment – Deploy images with ARD: Using the included script and the image created with Winclone, you can easily send a new Winclone image to a group of Intel Macs, imaging the entire lab in minutes. 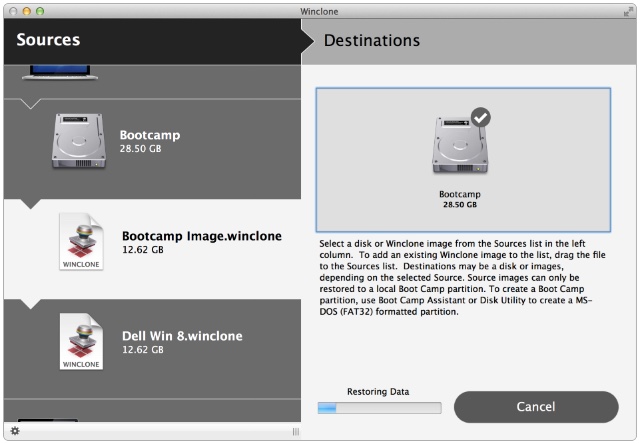