Waltr 1.0.6 – Drag-and-drop any media file to an iOS device (without iTunes) for native playback. 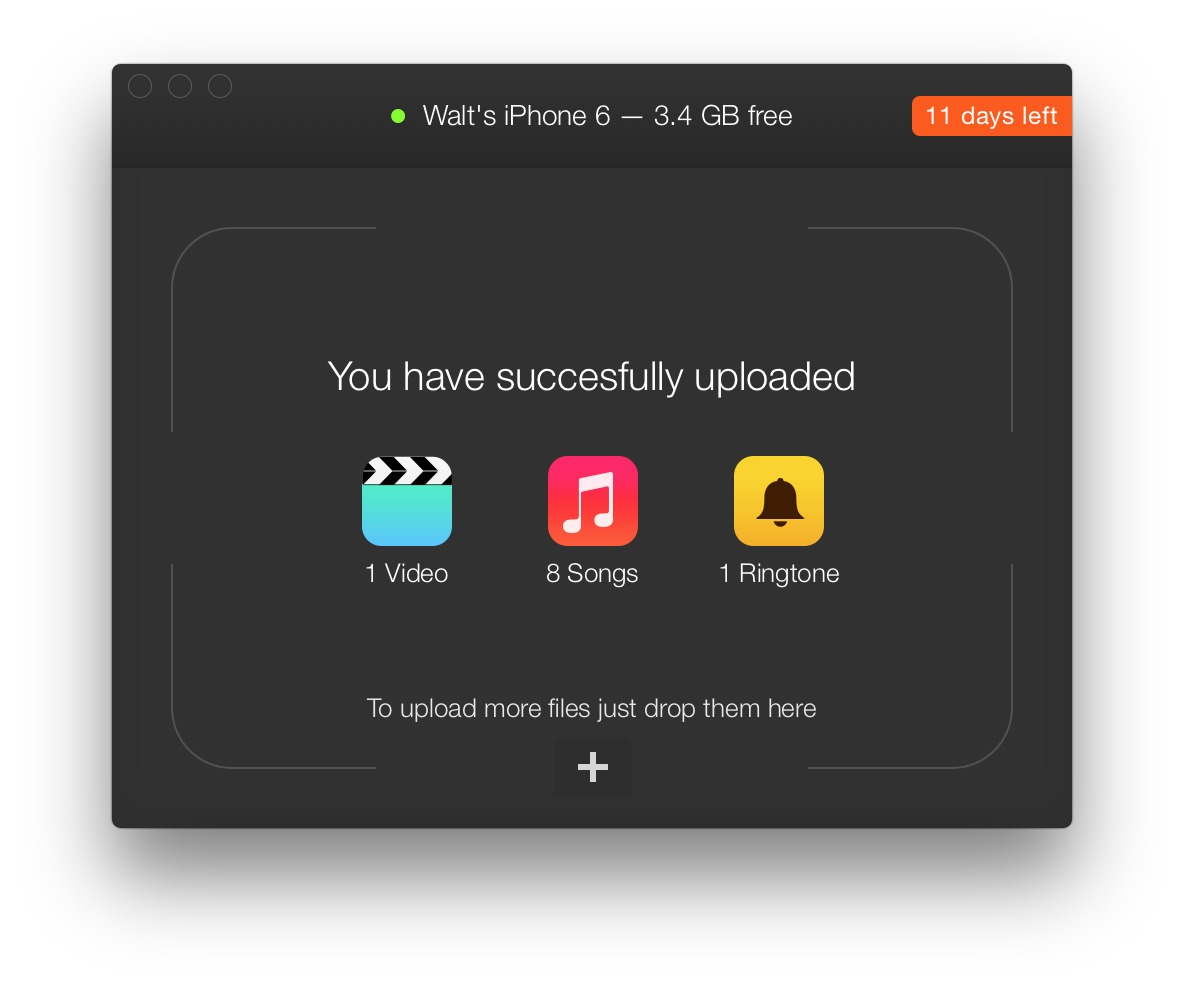