VMware Fusion allows you to create a Virtual Machine on your Mac and run Windows (including Windows 8.1) and Windows software on your Mac.

Run your favorite Windows applications alongside Mac applications without rebooting. Whether you would like to run Windows XP, Windows 7 or Windows 8.1 on a Mac, the VMware Fusion easy install feature will get you up and running in no time. With the ability to run Windows-only applications like Microsoft Project, Access and Internet Explorer, VMware Fusion turns your Mac into the ultimate computer for compatibility.

Version 6 is optimized for the latest Macs and ready for OS X Mavericks and Windows 8.1 to deliver the ultimate Windows on Mac experience.

Version 6.0.1:
Note: VMware Fusion 6.0.1 is a minor upgrade recommended for all users of VMware Fusion. This release includes the following improvements and resolved issues. 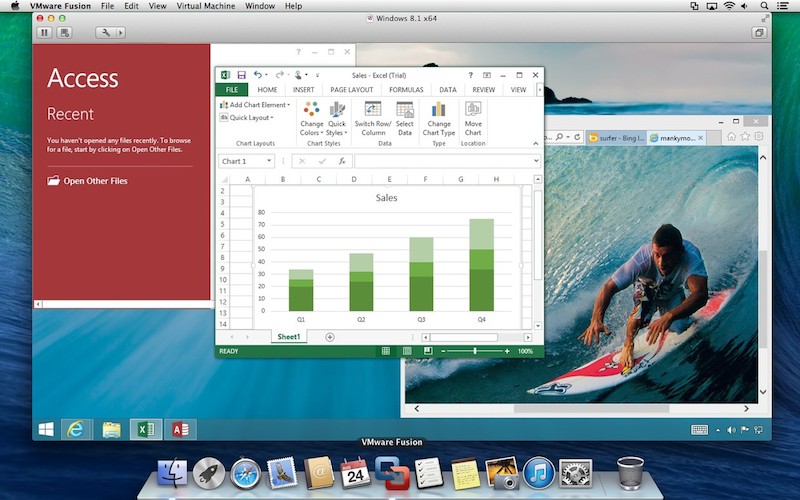