The Number ONE video converter in your language!
Video Converter Movavi is a powerful yet easy-to-use video and audio file converter that’s specifically designed for the Mac. It’s the perfect tool for conversion between popular formats and for most mobile devices.

The innovative SuperSpeed conversion mode lets you change video formats with no loss of quality as quickly as just copying files between folders. SuperSpeed supports most popular formats, including AVI, MP4, FLV, MKV, MOV with H.264 and MPEG-4 codecs; it also works when converting video for iPads and iPhones as well as for Kindle Fire devices and Google Nexus smartphones.

Smart format and device conversion presets speed up the process even more. Plus, you can batch-convert your media, and choose different parts of your videos to convert if you don’t need the entire file encoded. With Video Converter Movavi, you can select any part of the video to convert. The conversion will be completed even faster, and the video or audio fragment will be saved as a separate file.

Reviews:
“This is the easiest way to convert videos for mobile devices”.
Wired.com
“Simple and useful and works on my Mac. Two reasons to like it :)”
likhner on Amazon.com 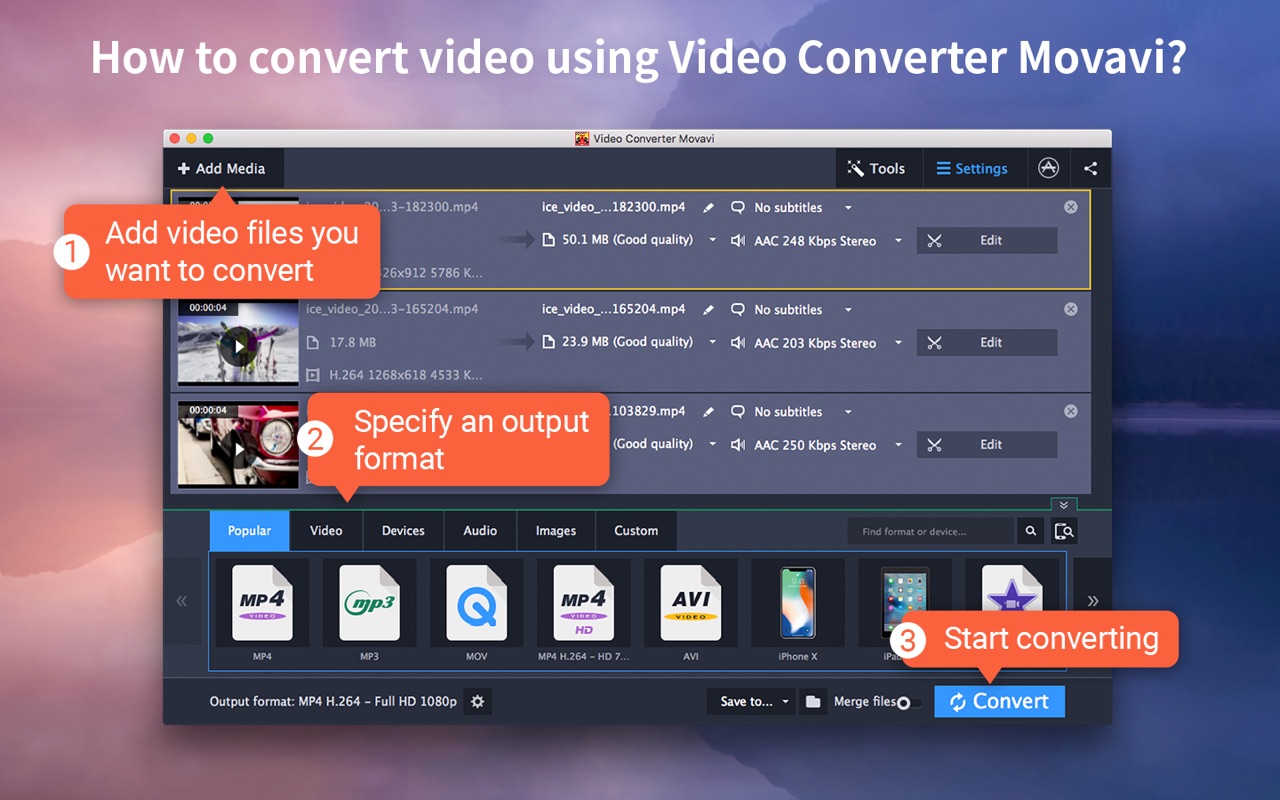