TypeIt4Me expands your abbreviations as you type, and works in all applications, not just one. It also lets you define meaningful abbreviations, so you can type them naturally, as part of your writing, without memorizing – or reaching for – obscure ⌃⌘xyz combinations.

Anytime you enter text in your Mac by typing it at the keyboard, TypeIt4Me can help you do it faster and more accurately. First you define a number of abbreviations and the full text entries that they represent, then you watch the Mac expand them on the fly even as you continue typing! 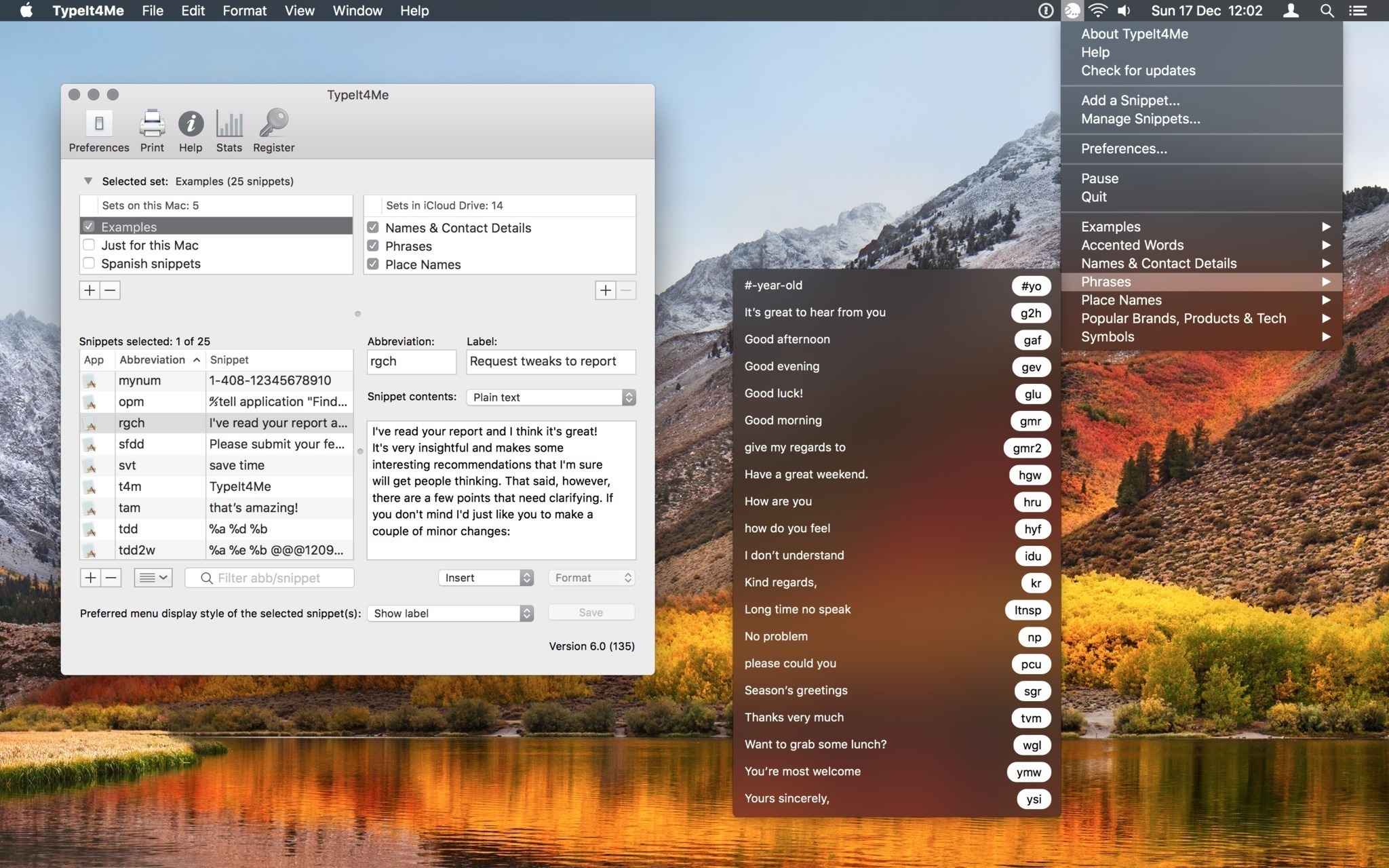