TunesKit Audio Capture is a smart audio grabber that can capture any sound you want on your Mac with one click only. It’s able to record streaming music, such as Apple Music, Spotify, etc., as well as other audio types, including radio stations, broadcasts, game music, etc., played online or from VLC, iTunes, QuickTime Player, and other media players. It can also extract audio tracks from video files played on your Mac.

Once recorded, it can save the audio tracks in common audio formats, such as MP3, WAV, FLAC, AAC, M4A, M4B, etc., so that you can play them on any popular device. During the recording, it can preserve the lossless audio quality and the ID3 tags for you. You can also edit the audio records by trimming or merging the clips as you wish. 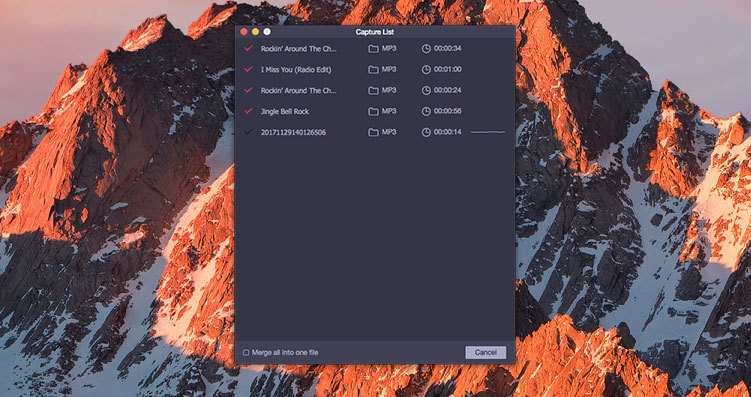