Trim Enabler brings trim to OS X. It’s as easy as flipping a switch. Trim is must-have feature for most Solid State Drives. It not only increases data writing speeds, but it increases the lifetime of the SSD itself. 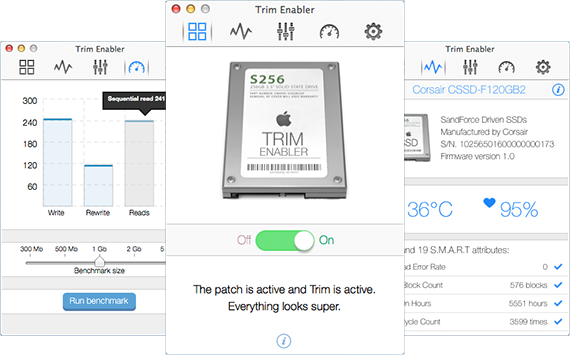