Tinderbox 7.0.3 – Store and organize your notes, ideas, and plans.

Tinderbox is a personal content management assistant. It stores your notes, ideas, and plans. It can help you organize and understand them. And Tinderbox helps you share ideas through Web journals and Web logs.

Tinderbox’s agents automatically scan your notes, looking for patterns and building relationships. Agents help discover relationships and help make sure important things don’t get lost. Agents are easy to make and easy to modify. They’re flexible and powerful. And Tinderbox can even gather and update changing information and breaking news from the Internet.

When it’s time to share your notes, Tinderbox can assemble multiple notes into one page. Updates are a breeze — even if you update several times a day. Private notes, timestamps, permanent links, archives: everything you want, just the way you want it. 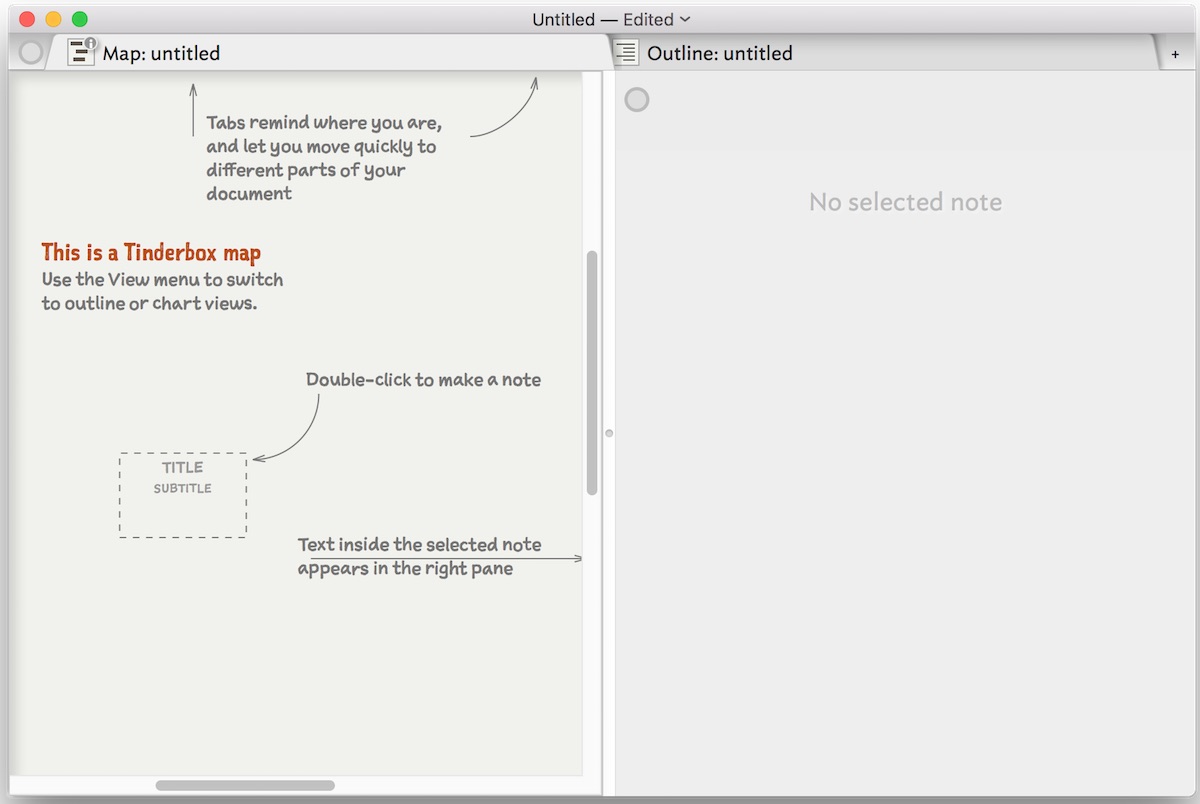