Switch is a media playback, inspection, and conversion tool for professionals that gives you everything you need to play, inspect, and correct your multiformat media in one easy-to-use application. 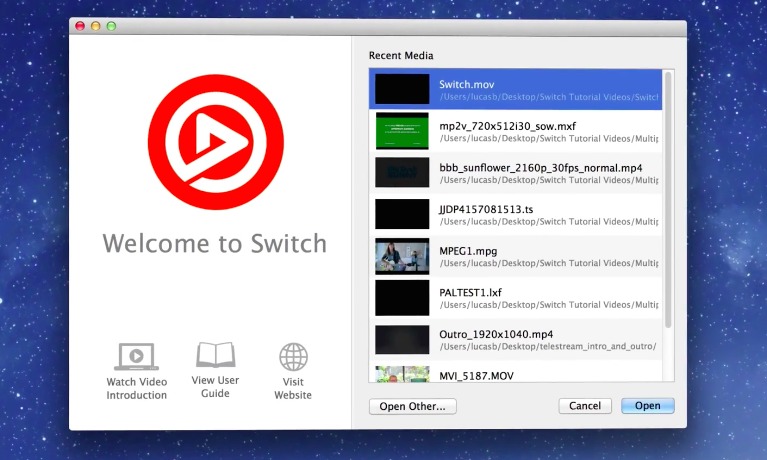