Submerge is the easiest way to add hardcoded subtitles to your movies and tv-shows.

With Submerge you can easily add hardcoded subtitles to your movies and tv-shows. The subtitled movie will play on almost anything, like your computer, smartphone, portable device or game console. Submerge supports many text-based subtitle formats as input and you can export the subtitled movie for the most common devices in just one click. Submerge also has a built-in subtitle search and download tool that makes finding the right subtitles really easy. It also has a fullscreen player built-in, so you can watch the subtitled movie directly within Submerge. All this at the unbeatable price of $9. 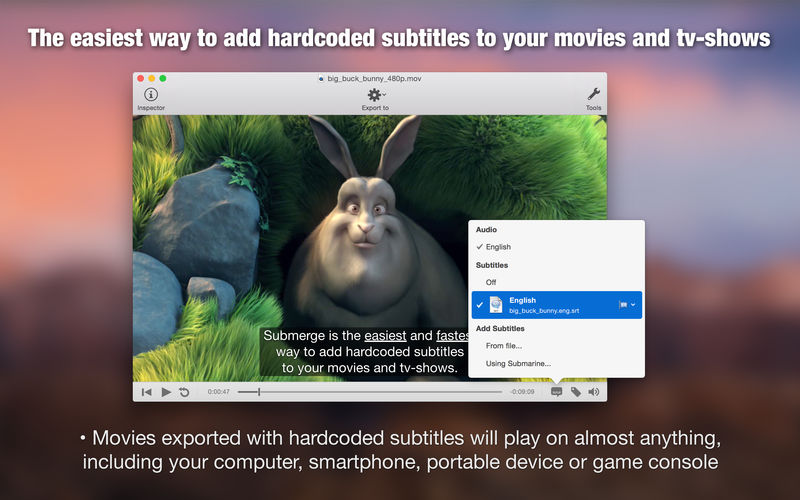