SQLPro for MySQL is a lightweight MySQL client, allowing quick and simple access to Oracle MySQL Servers, including those hosted in Amazon RDS. This SQL Client is only for MySQL and will not work with other database servers such as MSSQL or PostgresSQL. 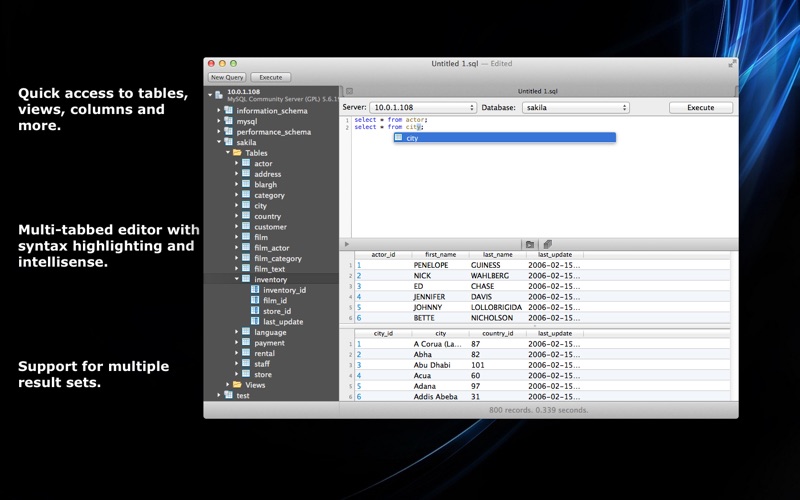