Socialite is a revolutionary social application. It seamlessly integrates many social websites, including Flickr, Facebook, Twitter, Reddit, RSS and Google Reader. It allows you to interact with them and receive notifications, all from a stunning user interface. 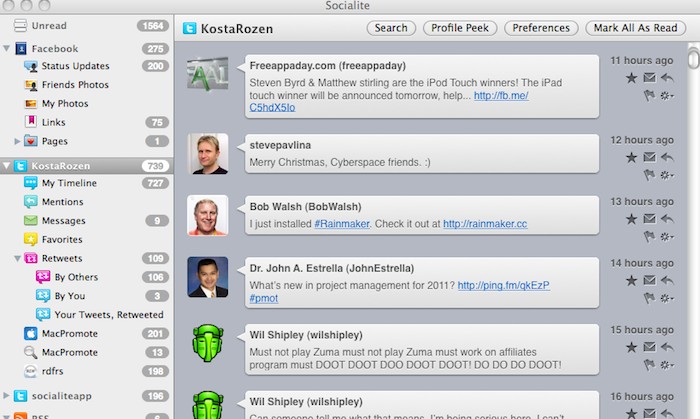