SMART Utility is an application to scan the internal hardware diagnostics system of hard drives. SMART (Self-Monitoring Analysis and Reporting Technology) is a system built into hard drives by their manufacturers to report on various measurements (called attributes) of a hard drive’s operation. The attributes can be used to detect when a hard drive is having mechanical or electrical problems, and can indicate when the hard drive is dying. This allows time to hopefully backup, and then replace the drive.

Run this utility once a week or more to ensure your HD, and your data, are okay! 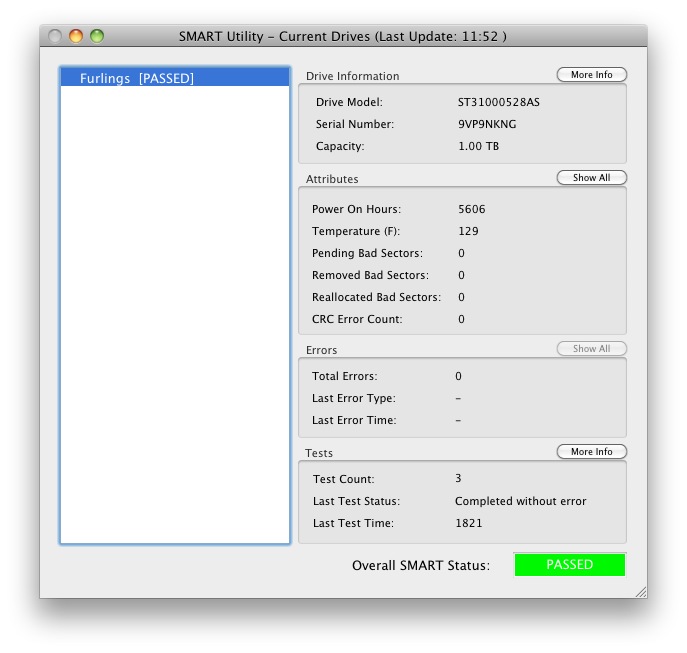