Share Tunes works in the background and lives in your menubar. When you open it, you’ll see the song you’re currently playing in iTunes, Spotify, Vox, Ecoute, Sonora, Radium, or Radiant. 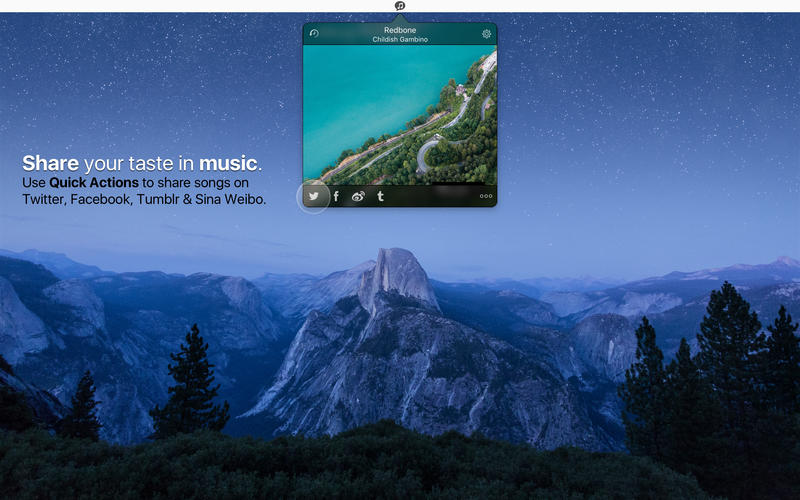