With features such as motion detection, real-time compression and network video streaming, SecuritySpy has everything required for demanding video surveillance applications. Combined with OS X, the rock-solid operating system from Apple, SecuritySpy offers unsurpassed speed, stability and ease of use.

SecuritySpy’s flexibility and comprehensive list of features allows users to set up a system tailored to their individual needs. Whether it is a system with a single camera or many dozens, in a domestic or business environment, SecuritySpy is ideal. 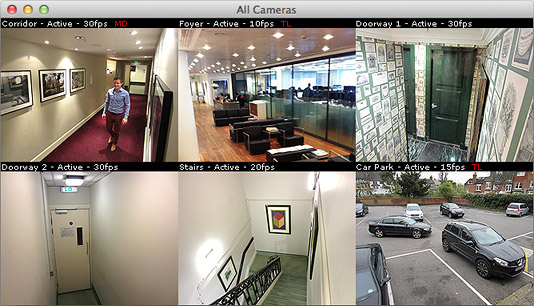