ScreenFloat allows you to create screenshots which float above all other windows so that information is always readily available.

ScreenFloat offers you a great way to organize your shots with the built-in “Shots Browser”, which lets you tag and name shots and organize them in “Collections” and “Smart Collections”, sorted by criteria you specify. 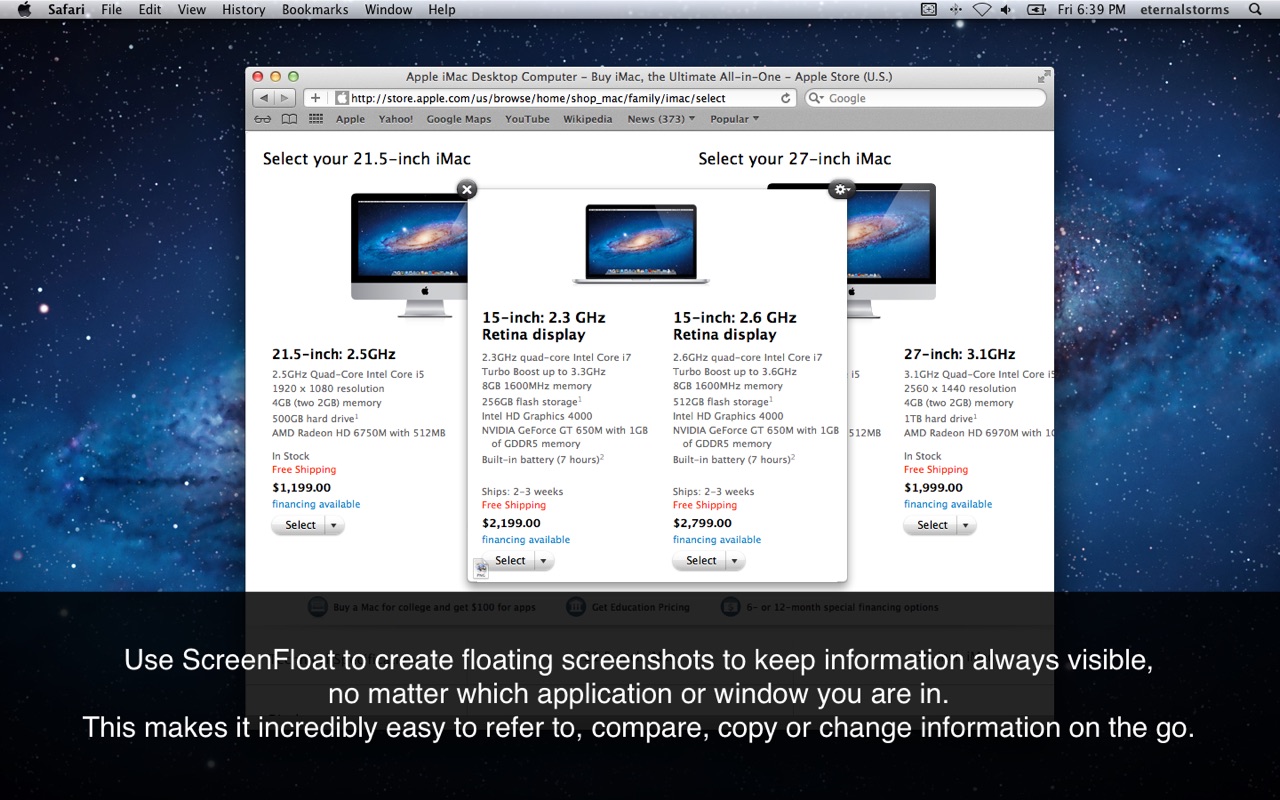