Scapple is the software equivalent of how I work out my rough ideas on paper. (If I didn’t hate the word “brainstorming” so much, I’d probably call it brainstorming software.) When I’m in the early stages of any project, whether that’s a writing project or a software project, I tend to throw a bunch of ideas down on a big piece of paper, spacing out as-yet unrelated ideas, clustering related notes, and drawing connections between them, trying to work out how everything fits together.

In short, then, Scapple is a tool for getting early ideas down as quickly as possible and making connections between them. The main advantage of doing this in Scapple instead of on paper is that you don’t run out of paper (the Scapple canvas expands to fit as many notes as you want to create), you can move notes around to make room for new ideas and connections, it’s easy to delete and edit notes, and it’s easy to export your notes into other applications when you know what you want to do with them.

I’m well aware that there’s already a plethora of mind-mapping software out there. Where Scapple is slightly different from most is that it doesn’t force you to make any connections, and it doesn’t expect you to start out with one central idea and branch everything else off that. Instead, you are free to write anywhere on the virtual paper and individual notes can be a short or as long as you like. Creating and removing connections is as easy as dragging one note onto another. Most importantly, because its purpose is to allow you to get ideas down and make connections between them quickly, Scapple is dead simple to use. Although I’m currently writing a full manual for it, the QuickStart Guide a little further down should contain everything you need to dig in and get using Scapple. 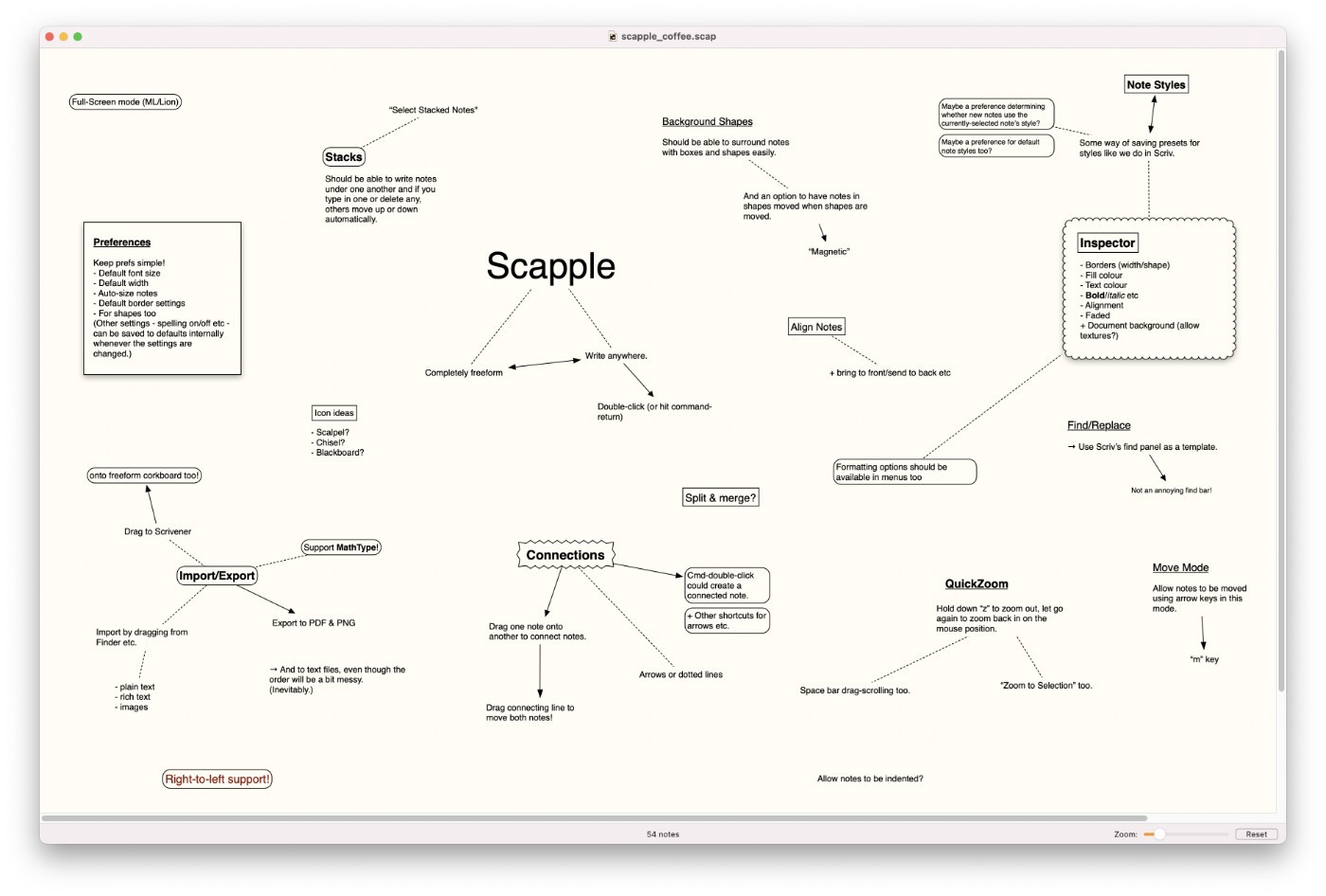