Why do you need a tool like SafariCacheExplorer? The main problem when trying to recover cached files from Safari is that Safari (and OS X) uses a single file for cache storage. 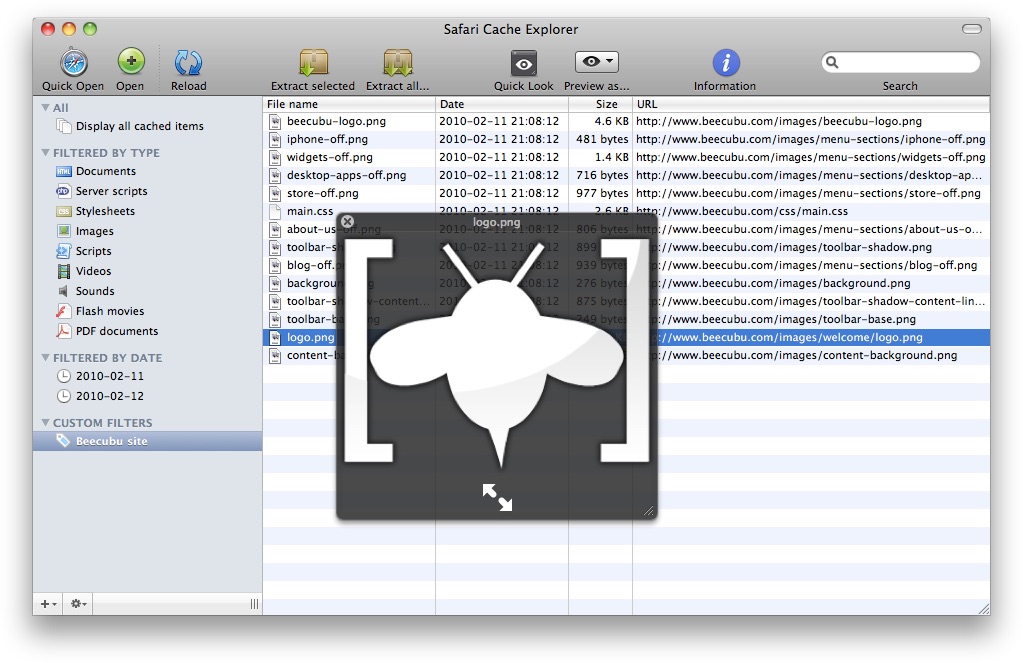