Reveal is a powerful, smart iOS developer tool that allows you to interact with your apps in fine, visually-stunning detail. 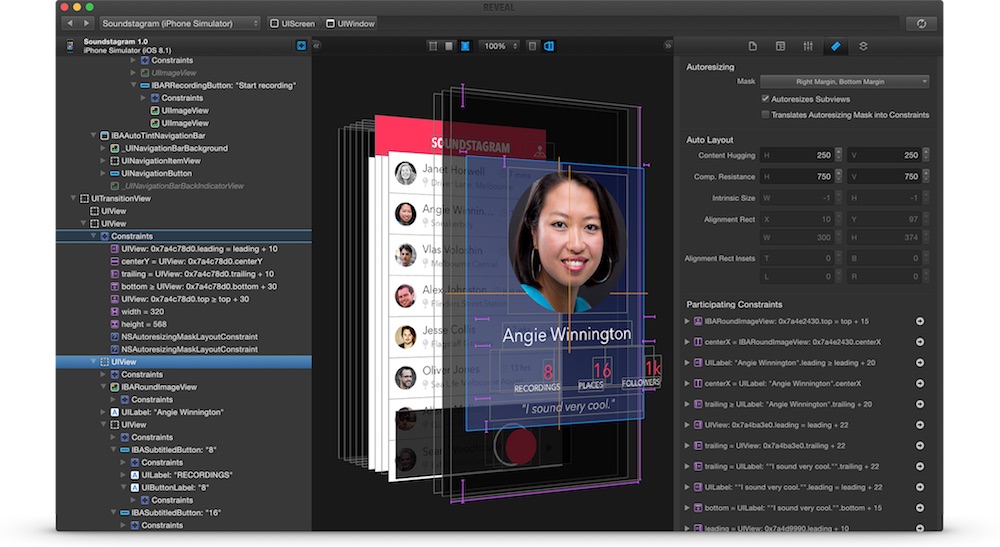