Renamer allows you to rename and number many files at once. If you’ve every tried to rename a large set of files by hand and thought “There must be an easier way”, then Renamer is for you. This includes graphic designers, photographers, developers, system administrators, artists, writers, Web designers, network administrators, and pretty much everybody who uses their Mac on a professional basis.

Stunning user interface
We redesigned our user interface to make renaming files even easier. And that in an elegantly simple, simply elegant look.

Optimize your files for the web
You want to publish images, photos and documents on the Internet? Prepare them for the Web in just a few clicks.

Rename quickly from Finder
Renamer is all about saving you time working with files. Now you can perform common rename tasks conveniently from Finder with our new system menu.

Powerful chain feature
Tired of running the same sequence of renames? Link up rename tasks into a single tasks to gain the ultimate renaming flexibility.

Work faster with Presets
Save even more time by storing your common rename tasks as presets and accessing them later with just a single click.

Undo
Renamer allows you to undo all your file renames, so you can focus on your work without having to worry about making mistakes. 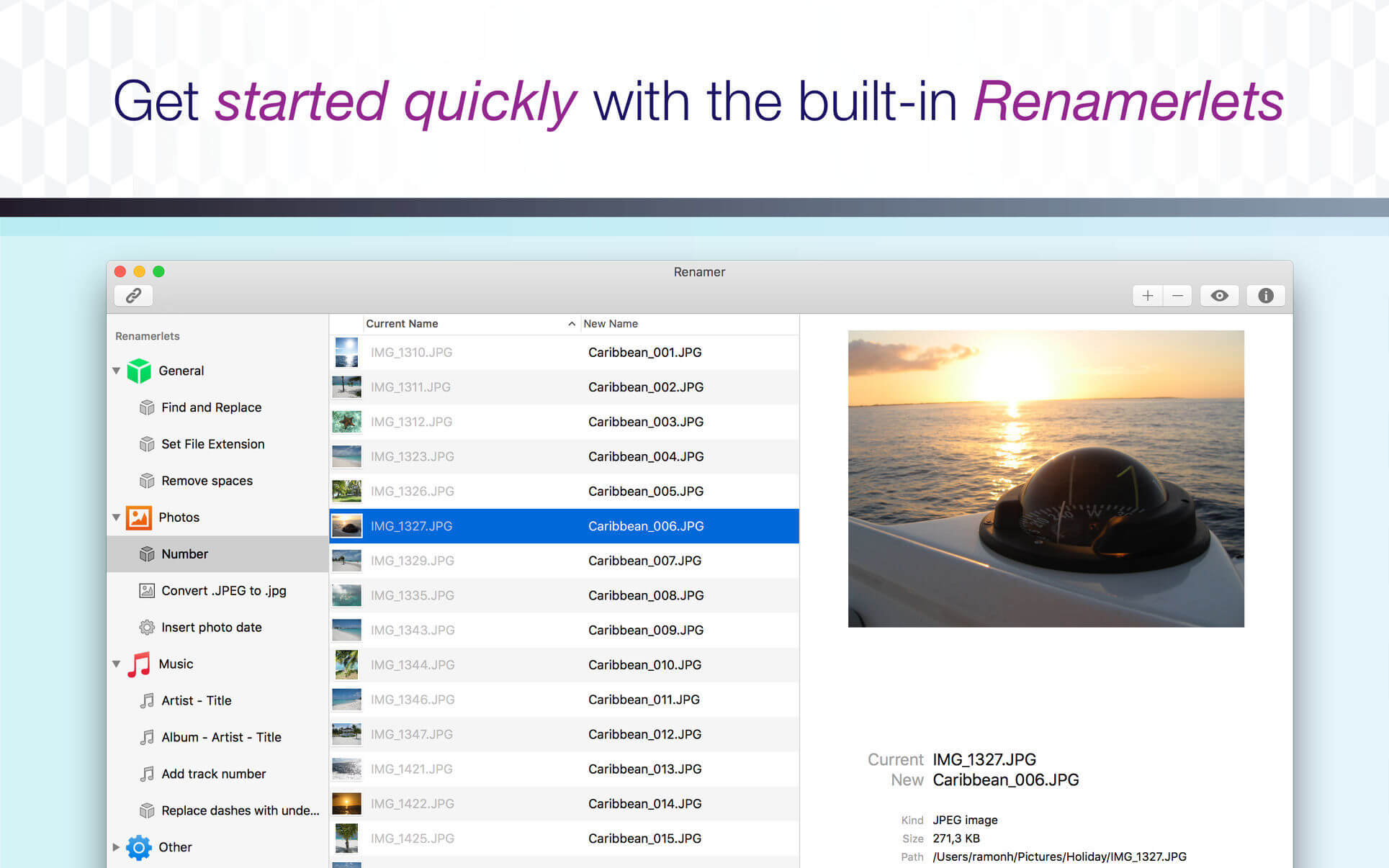