Reigns: Her Majesty 1.0 – Swipe left, swipe right, and rule your kingdom as the mighty Queen.

Reigns: Her Majesty is the revolutionary follow-up to the smash swipe ‘em up hit Reigns. A cultural renaissance has bestowed the world with a new era of knowledge and enlightenment but greed and jealousy still conspire against the benevolent queen. Outwit and outlast those that would seek to depose you and your husband by swiping left or right, making just (or unjust) decisions on all manner of royal matters. Maintain the balance between the kingdom’s most powerful factions, use mystical items from your inventory, and navigate the increasingly complex politics and personal relationships of your dynasty.

New Kingdom, New Drama: Your royal decrees and unpredictable requests of the people will shape both your time on the throne and the future of your dynasty. Carefully navigate the foolish politics and emotional pleas of the kingdom’s eccentric subjects to find balance between the most powerful factions of the land.

Mystical Inventory: Find and upgrade five special items in a new inventory system. Use your powerful items on character cards and unlock special paths in the ever more complex narrative of your kingdom.

Royal Challenges: Reach specific goals set before each new monarch’s reign to unlock new sets of cards and new directions to take the story of your dynasty. 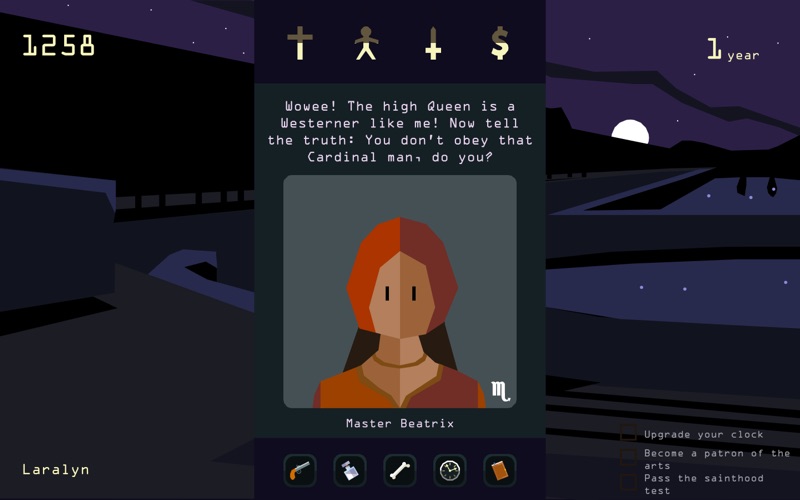