Features for individuals and teams:
• Pyká takes the mess of files and folders on your hard drive and pulls them into one unified project library.
• Pyká treats your projects like a family tree. In Pyká, you can keep as many different versions of your projects as you want without duplicating data or making a mess of folders on your hard drive. Pyká organizes, tracks, manages, and stores your project versions, bringing intuitive version control to the masses for the first time in a friendly and visual way.
• Pyká lets you use and reuse common assets like logos, movies, and images, as many times as you wish while storing them only once. This dramatically reduces your library’s storage footprint.
• Pyká libraries can exist in one location or span multiple storage volumes in multiple possible configurations. This allows users who have a large number of external hard drives to combine their storage space to build a large library along with fail-safe backup libraries.
• And best of all, Pyká orients your project storage system around search. Instead of making you remember exactly where something is stored, Pyká works with any information you do remember. So everything you’ve ever made is only a few keystrokes away.

Features for small and large teams:
• Using shared network storage, Pyká gives users the ability to watch projects while other users make changes. Project managers and coordinators can now get live updates on their desktop every time a teammate makes a change.
• Using shared network storage, Pyká allows large teams to collaborate on massively large-scale projects by dividing them into sub-projects, that can be assigned to different team members. Whether you’re authoring a large company report, building a monthly magazine, creating a movie with lots of scenes and shots, or working on any other large scale project, Pyká does not shrink from the job.
• Using shared network storage, Pyká also takes the headache out of passing projects between team members. Never send another project zip file in an email chain again. Never go digging through a team member’s folder to find a project you’re responsible for again. Never suffer the consequences of one team member’s disorganization again. Collaboration is at the heart of Pyká’s design.
• Fully compatible with most SMB and AFP network file sharing storage volumes.

Fixed in this update: 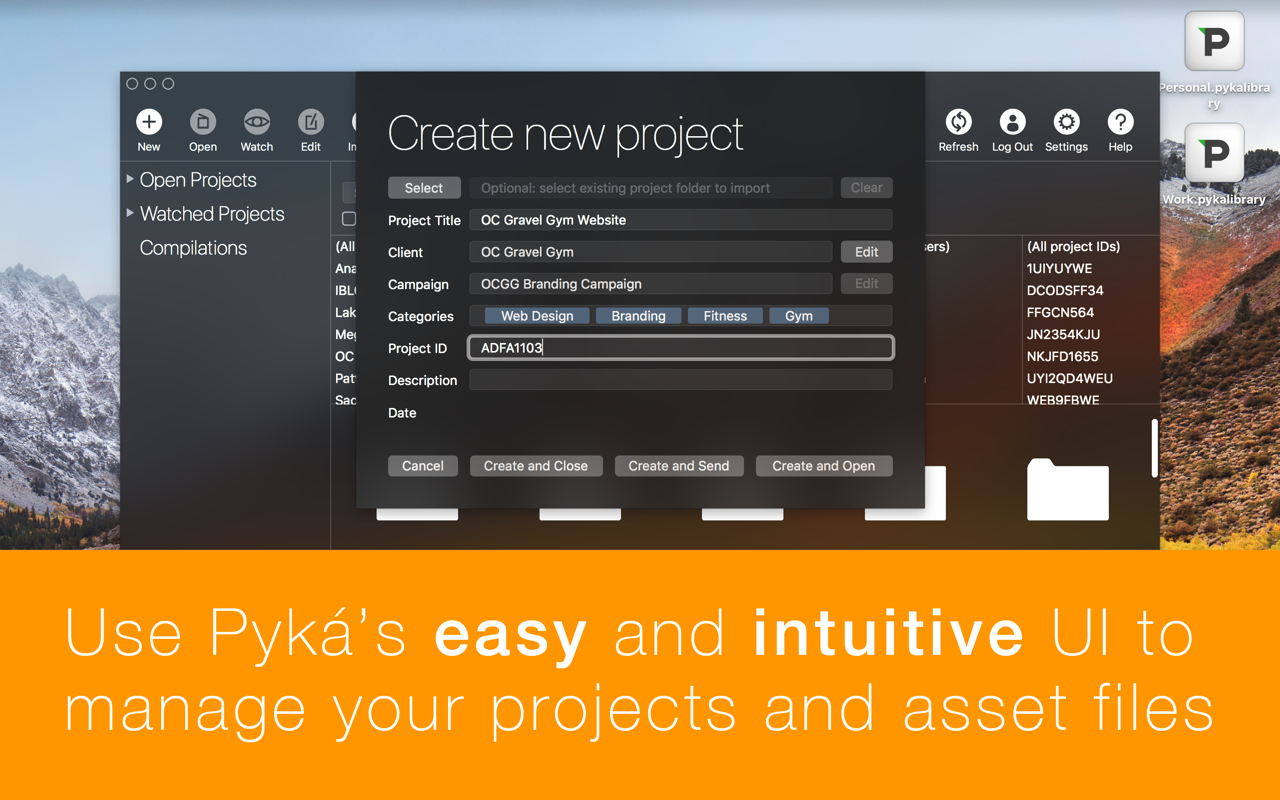