Prizmo Pro 3.7 – Scan and OCR documents with your digital camera or scanner.

Prizmo 3 is a revolutionary scanning application with optical character recognition (OCR) in over 40 languages with powerful editing capability, text-to-speech, and iCloud support.

No matter what capture device is at hand, Prizmo is the key for scanning and performing OCR. It works with pictures taken with your iPhone, iPad, or digital camera; with documents coming from connected or Wi-Fi scanners; even with screenshots! It will help you easily scan any documents (invoices, receipts, boards, giant advertisements…) of any sizes (US Letter, US Legal, A4, and custom)… 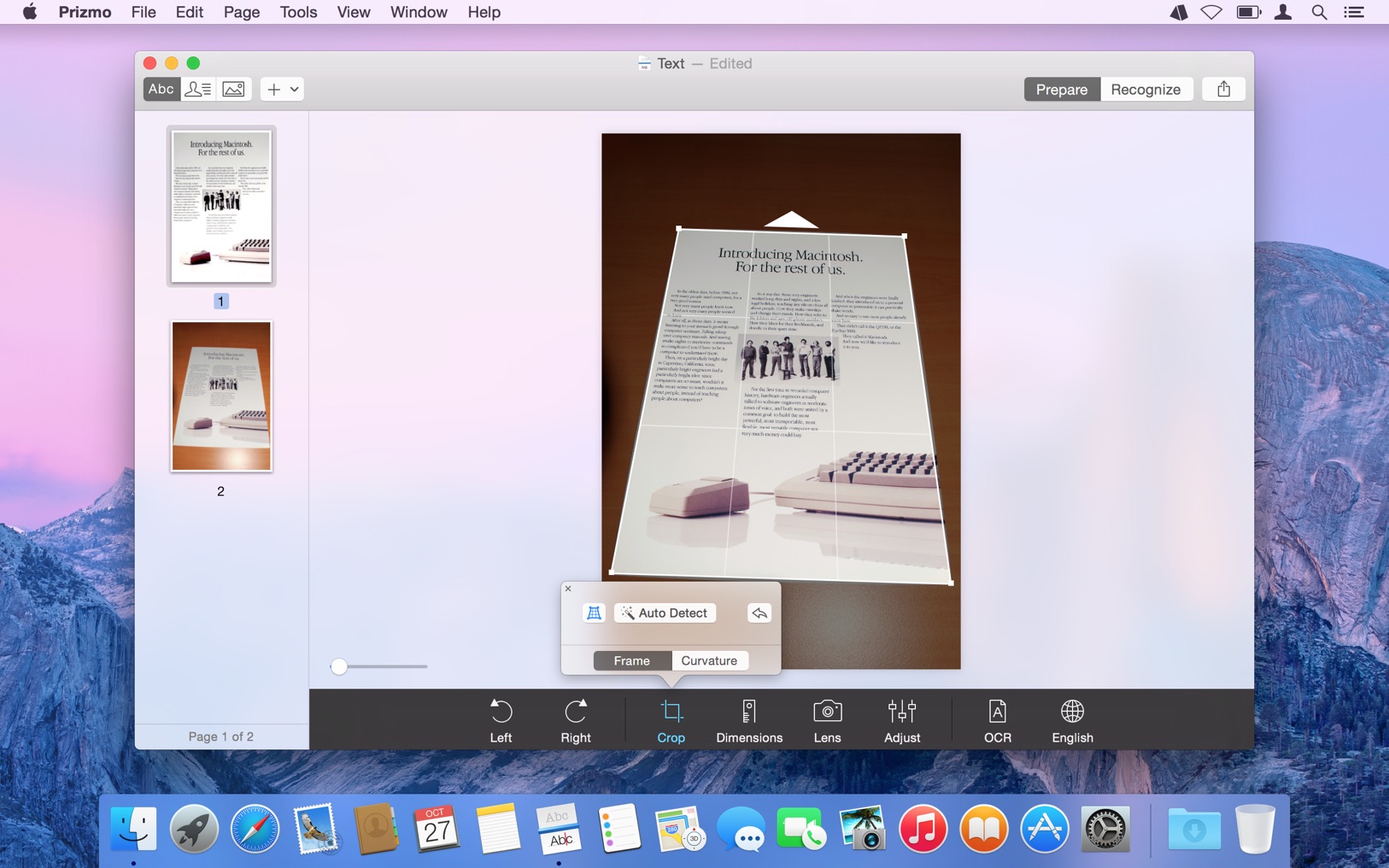